The book of the new moral world by Robert Owen 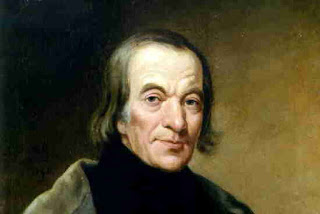 containing the rational system of society, founded on demonstrable facts, developing the constitution and laws of human nature and of society

Robert Owen, a Welsh textile manufacturer, philanthropist, and social reformer was one founder of utopian socialism and the cooperative movement. He is known for efforts to improve factory working conditions for his workers and promote experimental socialistic communities

Extracts from the book:
Society has emanated from fundamental errors of the imagination, and all the institutions and social arrangements of man over the world have been based on these errors. Society is, therefore, through all its ramifications, artificial and corrupt, and, in consequence, ignorance, falsehood, and grave folly alone govern all the affairs of mankind. Under your reign, Sire, the change from this system with all its evil consequences, to another founded on self-evident truths, ensuring happiness to all, will, in all probability, be achieved; and your name, and the names of those who now govern the nations of the world, will be recorded, as prominent actors, in a period the most important that has ever occurred in the history of mankind.
The world, in its present mental darkness, will rashly pronounce this change to be impracticable; or, if practicable, that it will be the work of ages. Herein all men err. The great circumstances of nature and the existing state of human affairs are fully ripe for the change; no one material is deficient, and man can no longer govern man, without forming a union of governments and nations to effect this change.
As the change will be permanently beneficial for high and low, rich and poor, it may be affected by wise general arrangements, in peace, in order, and with high gratification to all nations and people.
At the termination of the late war of, what is called, the civilized nations, an alliance was formed by the leading governments to protect each other from individual national revolutions; and it was a wise measure to prevent premature changes in each state, — changes desired by the people before they had acquired wisdom to give such changes a right direction.
A union of governments and nations is now required, to re-constitute society, upon a new and solid basis, and to secure to the human race peace and happiness through the right application of the discoveries both scientific and moral, made within the last century.
Your ancestors, Sire, a hundred years ago, directed a mixed manual and scientific national power for the production of wealth and happiness, equal together to the exertions of about fifteen millions men, to supply a population of about fifteen million; the population and power being equal, or as one to one. You, Sir, have the direction of a mixed national power of production more than equal to the exertions of six hundred millions of men, with no assignable limit to its rapid increase, to supply a population of twenty-five million, or as twenty-four to one. T
his enormous new power, of the British Empire, maybe most advantageously given to all other populations in proportion to their number, and it is the immediate interest of Great Britain that this should be spread, as rapidly as possible, over all the nations of the earth. It is a boon that will be more beneficial to the givers than to the receivers.