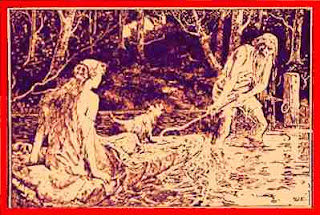 In a second gleaning of the fields of fairyland, we cannot expect to find a second Perr^ult, but there are good stories enough left, and it is hoped that some in the Red Fairy- Book may have the attraction of being less familiar than many of the old friends.
The tales have been translated, or, in the case of Madame d'Aulnoy's long stories, adapted, by Mrs Hunt from the Norse, by Miss Minnie Wright from Madame d'Aulnoy, by Mrs Lang and Miss Bruce from other French sources, by Miss May Sellar, Miss Farquhar- son, and Miss Blackley from the German, while the story of " Sigurd " is condensed by the editor from Mr William Morris's prose version of the " Volsunga Saga."
The editor has to thank his friend, M. Charles Marelles, for permission to reproduce his versions of the "Pied Piper," of " Drakestail," and of "Little Golden Hood" from the French, and M. Henri Carnoy for the same privilege in regard to " The Six Sillies " from " La Tradition." Lady Frances Balfour has kindly copied an old version of "Jack and the Beanstalk," and Messrs. Smith & Elder have permitted the publication of two of Mr Ralston's versions from the Russian, A. L.
Contents: