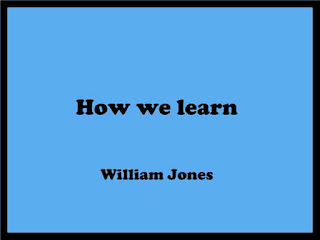 a short primer of scientific method for boys
Excerpt from the introduction:
This little book is intended for the use of scholars of about sixteen, who for some terms at least have been trained to work out exercises in the induction of the kind described and illustrated in the pamphlet Scientific Method in Schools.
It sums up and systematizes, and to a certain extent develops, what they have been learning incidentally and partially. But it contains the very minimum that a pupil of sixteen should know, and it is suggested that the teacher would do well, before setting a section to be studied and learned at home, first give an oral lesson expanding and illustrating the points treated in that section. The exercises at the end are intended to serve as written homework.
I hope that nobody will be offended at my intentional medley of trivial and important, commonplace decisions and momentous discoveries. Such mixtures should not appear incongruous to anyone who remembers that "the method of discovery" is essentially one. my main object has been to impress upon the learner the unity of knowledge
.he teacher may find it useful if I append here a short list of problems that can be worked out by teacher and class together during the preparatory years before this primer is studied.
The main characteristic of this work should be scientific thoroughness, and the way of conducting it is described at some length in the pamphlet mentioned above. Some of these problems can be worked out by brighter and older pupils without help, but the teacher ought to be careful not to encourage unscientific habits by setting tasks above the powers of the class. Exercises est Induction for Pupils between the ages of 13 and 16
What is Truth? What is Knowledge? Philosophers and scientists have discussed these questions for well over two thousand years, but complete answers seem as remote as ever. There has, however, been great progress, particularly during the last three hundred years.
The problems are not solved, but we see our way better and realize that we are on the right road to the solution, even though it proves ultimately to be unattainable.
It is with the certainties, the admitted facts, that this little book will deal. I wish to point out how each one of us can make his thoughts more accurate, and so express them that they may be accurately communicated to others.)
the book details :