The economics of retailing 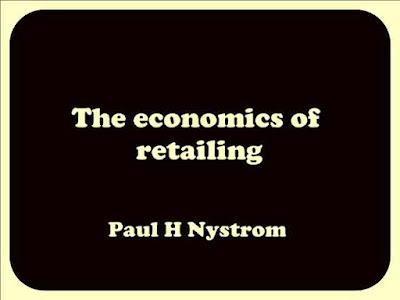 This book aims to present factual material and to suggest constructive thought on the subject of retail distribution. It does not tell how to get rich quick at retailing. It presents but little theory and advocates no particular or special method of doing the work of the retail store.
Its purpose is to describe the retail business as it is and to point out the broad lines along which retailing progress is being made. In this work, the attempt has been made to reduce the knowledge about retailing to teachable form and to make it usable alike to the ambitious, thinking man already in business and to the student who desires to gain an intimate insight into this interesting as well as important field of human work.
Except in fragmentary form, there has been but little written upon which the writer could build. The effort has been made, with what success the reader must judge, to bring together in one volume a summary of the best thought so far expressed; but much of the material presented is the result of the writer's own observation and experience in the retail business, and of what he has gathered in conference with over a thousand retail store managers and salespeople who were students in his classes in retail methods, during the years 1909 to 1915.
Every part of the work has been tested by presentation to groups of people engaged in the retail business. Every point has been held up to the standard of practicability. It is to be presumed, however, that it is not free from error, and no one will be more glad than the writer to have these errors pointed out. A science of retailing can become possible only by the freest and the most critical interchange of thought.
This preface may not be closed without an expression of the writer's personal indebtedness for inspiration and suggestions, to the members of the faculty of the Department of Political Economy, and particularly to Professor William A. Scott, Director of the Course in Commerce, in the University of Wisconsin.