The call of the stars 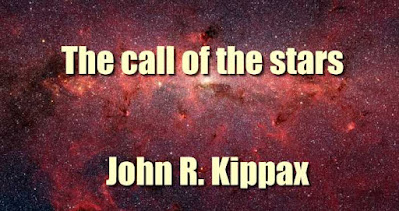 a popular introduction to a knowledge of the starry skies

The design of this volume is to present, in plain, non-technical language, a concise and accurate story of the starry heavens, together with the legendary lore that time and fancy have associated with them. In its preparation, the author has consulted and freely used the standard authorities along the various lines of astronomical research, and to these his grateful acknowledgements are due.
The book is not intended for the professional reader, who is doubtless already familiar with the facts here given, but rather for the lay reader, who has but limited time to devote to the subject, and yet who desires to know about the wonderful things in the sky, with their interesting myths and legends. The work is richly illustrated by charts and diagrams, and by a large number of reproductions of recent photographs made by distinguished astronomers.
The charts as arranged are approximately correct for every place on the surface of the earth situated within a few degrees north or south of the latitudes of New York and Chicago (40° 43' and 41" 53' north latitude, respectively), and for all ordinary purposes represent the aspect of the sky for the different places in any of the middle latitudes of the northern hemisphere, at the local time of each place, whatever the longitude may be.
With their assistance, it is believed that the  reader will experience but little difficulty in recognising the general contour of the chief constellations, and the relative position of the principal stars, and will find uplifting pleasure in viewing the "oldest picture-book of all," The Night-Sky, "a book whose pages turn with the gliding years."
The sun, planets, and other members of the local solar system are described in the later chapters of the book. Owing to their ever-changing positions, however, it would be quite impossible to locate them on the charts, after the manner of the fixed stars.
The author desires to express his indebtedness to the following individual astronomers for the use in the book of the reproductions of the many excellent photographs and drawings: Professors William H. Pickering and E. C. Pickering of Harvard College Observatory; Professors A. Hall, G. A. Hill, and G. H. Peters of the Naval Observatory, Washington; Professor E. E. Barnard and the Directors of Yerkes Observatory; Professor Percival Lowell of Lowell Observatory; Professor P. Puisseux of Paris Observatory, France; and the Directors of the Lick Observatory and of the Mount Wilson Solar Observatory of the Carnegie Institution, California. To other friends for the kind and gracious service, his best thanks are also due: to Mr C. J. Helm for drawings from the author's rough drafts, and to H. Kippax, C. E., for the interesting article on Time. In conclusion, it is hoped that the book may be of service in helping a rapidly growing popular interest in the heavenly bodies and their stories.