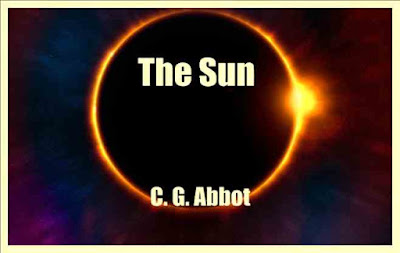 We depend on the sun for life, warmth, light, and all mechanical and electrical powers. Its constant supply of heat is necessary to prevent the oceans and even the air from freezing. The supply of coal which we are now using is but evidence of the sun's light in former ages.
To pass to the enumeration of the comforts and luxuries and beauties we owe to the solar rays would lead us far astray, and is indeed wholly unnecessary because all men acknowledge and many worships the sun as the source of these benefits.
It would be gross negligence to omit the closer investigation of such unique relations as those the sun maintains to live. Yet the study of the means of increasing the usefulness of the sun has been neglected, and it is rather in the investigation of its curious features that solar research has gone farthest.
The enormous brilliance and heat of the solar rays suggestive of temperatures far above any which can be produced on the earth; the marked dimness and brown shade of the edge or limb of the sun relative to the centre; the fluctuating march of spots across the disk; the variable rates of rotation of the sun's sur- face in different latitudes; the brilliant markings called faculae which accompany the spots; the weird and highly beautiful phenomena of total solar eclipses; all these have long been the objects of minute study.
In the last half-century, the development of the spectroscope has led to great progress in the more intimate and satisfactory knowledge of the sun; so that we now know many of the chemical elements of which it is composed; the approximate temperature of its surface; the motion of the vapours at and near the surface; the approximate pressure under which they lie; the magnetic character and cyclonic structure of sunspots; their relative coolness as compared with their surroundings; besides many other details hardly to be credited as known of a body situated nearly ninety-three millions of miles away.
Newton, coupled with centuries of no less praiseworthy if less brilliant accumulations of accurate observations to have given us the full knowledge which we now enjoy of the distances, dimensions, masses and orbits of the solar system.
Although the distance from the sun to the orbit of Neptune is 2,800,000,000 miles, the solar system is but a speck in the vast universe of the stars. In the year 1901 there flared up in the constellation Perseus a new star which for a few days rivalled the brightest stars of the heavens in its brilliancy, and then slowly faded away into insignificance.
To dwellers on the earth this sight was new in 1901, but in reality that new star was so far away that its sudden burst of light, travelling toward us 186,000 miles a second, had been on the journey since the days of Cromwell, and the star had faded away nearly three centuries ago.
At such enormous distances are the stars that, although some of them are believed to be millions of miles in diameter, they present no real disks even in the largest telescopes, so that the details of their sur- faces cannot be examined.
Nevertheless, by the powerful aid of the spectroscope, much is known of the chemical constitutions of the stars; and many of them have been shown to belong to revolving systems, the components of which, though separated^ in some instances by greater distances than is Jupiter from the sun are separately indistinguishable to the telescope.
Still, we might despair of knowing much more about the physics of the stars if it were not that the spectroscope shows also that the sun is but one of them close by, and that a large class among the stars is probably in a similar condition as to temperature.
Considering the sun as the fountain of light and heat upon the earth, perhaps the first question which suggests itself is this: How much radiant energy reaches the earth from the sun in a given time? This utilitarian branch of solar investigation has been comparatively neglected. No more striking proof of the neglect need be cited than to say that the foremost textbook on meteorology, published in 1900, states various determinations of the intensity of solar radiation at the earth's mean distance which range from 1.76 to 4.06 calories per square centimetre per minute.
Of these, the author of the textbook prefers one which is confessedly the mean of such divergent numbers like 2.63 and 3.50, one of which numbers were thought by its originator to be too low, and the other too high!
As will be shown later, there can be little question now (1910) that the true value is about 1.95 calories; but how remarkable it is that one of the fundamental constants of Nature should have been uncertain within such wide limits, so late as the beginning of the twentieth century. Imagine, for analogy, that it had been stated in a standard work on astronomy, published in 1905, that the sun's distance (which is of no greater im- portance than the constant of radiation) might be anything between 80 million and 200 million of miles so far as known, and that it was generally supposed to be 140 million!