The second temple in Jerusalem 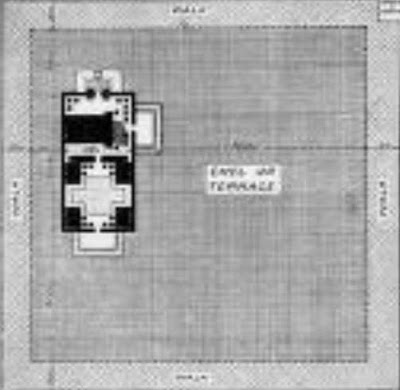 Excerpt from the preface:
There are, I think, but two good reasons why anyone should inflict yet another book upon a patient and overburdened public. One is, that he should be stylish enough to say again what he has said before and to say it in such an alluring way that his fellow men cannot but read him.
To such a singular claim the writer of this book makes no pretensions. Style confers immortality, but when the style of such distinction is hopelessly beyond a man, he is compelled — if write he must — ^to aim merely at lucidity, and so to write as that he shall be easy of understanding. The Macaulay among biblical writers is still in the future, but every private in the regiment of writers may remember the word of the great Juhus and avoid any obsolete or unusual word, as he would rock. This counsel I have had in memory.
The only other reason, in my philosophy, why a man may write a book and be acquitted of any charge of vanity or folly that may be brought against him, is that he has something to say which, so far as he knows, has not yet been said. If he has this and can say it with sufficient modesty he may, I think, trust the good nature of his fellow men to overlook minor blemishes and to consider only what is written not how.
This preface being in the nature of an explanation and apology, I may, perhaps, be allowed to say what, in my opinion, is that something here which the reader will not meet with elsewhere, and which is to reward him for the trouble of perusal.
The title page will have told him that the book is largely one of an architectural restoration of a building, the existence of which has not seldom been denied or forgotten. As, however, architects — ^to whom scientific data are of special interest — are a minority of the reading world, the publisher has most considerately allowed the results of a good deal of technical work to appear in a series of drawings which anyone may understand; some of which, for further ease in reference, is placed, free, in a pocket of the cover.
The earlier and larger portion of the book being concerned with the subjects of biography and history as they group themselves around the sacred building, I have tried to give, in these chapters, a reasoned account of that most difficult of writers, Ezekiel, its architect, and of that most elusive of saints, the prophet Daniel.
These two men lived on the threshold of the great emancipation of the Jewish mind from materialism in their conceptions of God; and, when looked at on the plane of Eastern habits of mind and thought, are found to be full of a kind of divine humanity — a halo which is commonly unperceived through Western modes of thought and speech. Following these, two other personages cross the stage of Jewish history.
They were contemporaries, but by no means alike. One was the unpractical but devout student, Ezra; the other, was the noble and successful layman, Nehemiah. Both were governors of restored Judah, and each contributed something to the making of that later Judaism on the stage of which the world's tragedy took place.
Biographies of these four men, with their set of minor characters, are not new and do not constitute a history of the chosen people between the fall of the First Temple and the second. While this is so, it is to be remembered that the great process of literary evolution is always at work, and modem critical scholarship, archaeology, in particular, has done much to recast our ideas as to revelation and the interpretation of Scripture.
In the main, a determined and hostile attitude has been assumed by it toward the historic characters of the Old Testament. In every case, the first use made of liberty by a nation is a bad use, and the first use made of any fresh fact in the field of theology is usually, and perhaps necessarily, a destructive one. In these pages, however, many of the new facts as having come within the writer's purview have been used constructively.
The time seems to have come, or to be about to come, when analysis may give place to S3nithesis, and when from the wrecks of half-abandoned faiths may be built up in a be- wildered Christendom the structure of assured and enlightened confidence.
Whether the portion attempted within these covers, as a part of the great argument, rests upon a foundation of rock or of sand.
Time, the revealer, will disclose. In the meantime, any man's utmost hope is to " serve his own generation by the counsel of God," and having done this, both man and book must need to give place to others. Such work, though temporary, has in itself the promise and potency of future good, and is like unto the trees of creation, of which each has its own fruit, the seed whereof is in itself.
the book details :
Download The second temple in Jerusalem  - PDF 8 MB