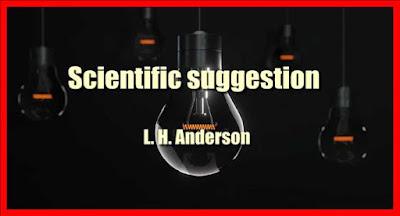 the secret of successs; hypnotism, its uses and abuses

Excerpt:
Listen! This is a living age of marvellous invention — the crystalization of thought hourly grows finer and finer. The human mind spans the earth and heavens like a band of lightning. It stays at nothing — knows no height, no breadth, no depth, no bounds.
The geologist unravels the secrets of the earth; the astronomer pierces the mysteries of the heavens, unrolling, like a scroll, the infinite paintings and delicate touches of the Great Artist, the awful grandeur and sublimity of immutable worlds — the incomprehensible power of God; the physician's all-searching vision penetrates every cell, artery, tissue and fibre of the human body in a vain and fruitless attempt to discover new inventions and remedial agents to alleviate the terrible suffering of poor diseased humanity; the scientific magnetic physician experiments — and lo ! he almost evolves the elixir of life, of which man may drink and live forever!
Listen again!
Thoughts are Living Things! They soar into unknown realms and evolve the wonders that startle the world. Thoughts have form, life and being. In man behold the thought of God— his highest evolved thought. Man thinks and his thought evolves from, foreseeing the intricate mechanical inventions of the country standing out as monuments of his creative genius.
Reader, thank God and science that you are living in this age. But pause! Look back for a single moment on the dim vista of time and see a surging battle — superstition and ignorance against science. On the noble brow of Galileo shines the light of infinite worlds ; Newton soars like an eagle high into the realms of philosophical light and evolves a law old as God but new as earth; Franklin stretches forth his hand and clutches the forked lightning in a deathless grasp; Morse, in the dusty silence of an old loft, deemed insane and ostracized by his own brother and friends, evolves from his immortal brain the magical machine whose tiny click startled the world like the thunders from Mt. Sinai; Harvey peers into the invisible veins of the human body, throbbing with life, and establishes circulation; and these men and their co-workers fought a vast multitude of disbelievers who hurled at them anathemas of ignorance and sarcasm, but through all, overall, the light of their souls streamed outward and onward to illuminate the world, and they came off the field, like Wellington and Grant, conquerors. But mark ye!
The spirit of persecution is not yet dead. Like an evil ghost, its gaunt ghost stalks abroad hideous as a many-deviled nightmare, but more alive than the deadly cobra. Its foul presence pollutes the pro- aggressive atmosphere like the nauseating stench of carrion, and through men — civilized (?) men — is such deadly persecution breathed. We may question why?
Ask the pestilence why it robs the fair young girl of life; ask the burning sun why the drought saps the life-springs of the earth; ask the fragrant lily resting peacefully upon the dreamy bosom of the lake why hurling winds toss her graceful form; ask the tender rose why bristling thorns thrust their barbs into the quivering air by her side; ask the mild zephyrs why cyclones hurl awful destruction o'er the earth — and receive your answer.
They reply that the whole universe is alive with combating elements, each apparently warring with each, but made and operated by an all-wise power as it seemeth best; and we learn immortal truths thereby, until with Longfellow we can say: "Nothing useless is or low; Each thing in its place is best, And what seems but idle show, Strengthens and supports the rest."
This present age is one of rapid and marvellous progress. Still, there yet remains a class of men who should have been born in the antediluvian era, for the few ideas which happen to inhabit the large vacuum in their benighted intellect, are fossilised with the moss of ages. It is doubtful if they ever conceived an original thought in their lives.
These are the thorns in life — the pricks against which thinking men have to kick; and the old saying, "It is hard to kick against the pricks" is literally true, but thanks to the sunlight of science and the broadened views of man, these fossilized ideas are being relegated back to the musty archives of dead ages whence they came.
the book details : Download Scientific suggestion - PDF ebook -  10.8 MB