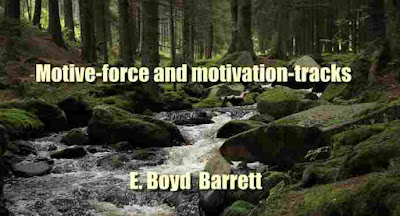 Much interest has, of late, been manifested in the problem of Character- Formation, and Will-Education. Many books have been written on the subject, and psychological research has been undertaken, with the object of elucidating various details of the problem. All serious Educators now aim, rather at training the Will and Intellect, than at burdening the Memory.
The problem of Character-Formation however, pre- sents peculiar difficulties. It presupposes a Science of Man, capable of explaining the complex, vital dynamism of human activity. Such a science does not exist, and its possibility even is doubtful.
Yet even if such a Science did exist, with all its principles fully developed, and accurately formulated, its application to practical needs would still be exceedingly difficult. « Whether or no a science of man constructed in fluid — VIII — or living terms is possible, it is certain that we cannot make the same use of it that we make of the other sciences.
We cannot use it to predict or control the behaviour of men, as we use the others to predict and control the behaviour of the bodies or forces to which they refer » ( i ). Towards such a science, be it realisable or not, the first step must be an efficient Psychology of the Will. Every phase of volitional activity must be fully analysed, and, as it seems to us, such an analysis is alone possible by means of the new experimental method. It was with the object of analysing some phases of the Choice-Process that the present experimental research was undertaken.
They were carried on in the Psychological Laboratory, of the Superior Institute of Philosophy, at Louvain University, during the academic years 1909-10, and 1910-11.
This thesis, submitted in part for the Doctorate of Philosophy, at Louvain, and afterwards as a whole, for the degree of Master of Arts, in the National University of Ireland, has been written under the pressure of time. The author feels that he has neither done justice to the subject treated nor to the materials at his disposal. Nevertheless, he feels that first efforts, towards an experimental knowledge of the Will, are likely to be received indulgently, especially if they lead to some improvement or development of the method of this nascent branch of Psychology.

INTRODUCTION.
The backward state of Will Psychology. Diversity of Will Theories. Reasons for the backward state of Will Psychology: A. Inadequate methods; B. The Complexity of Volitional Acts; C. Psychological causes. The New Psychology a Romanticism. The Standpoint of Experimental Will Psychology, The Need of a Will Psychology i
CHAPTER I.
MODERN THEORIES OF THE WILL.
The Object of this Chapter. The Will Theory of W. Wundt. O. Kiilpe. W. James. Criticism of James' Classical Theory. H. Hoffding. H. Ebbinghaus. T. Ribot. Bain, Brentano, Stout. Will Theories of Experimental Psychologists. Donders Dir. Dr Ach. Dr Priim. Dr Michotte i6
CHAPTER II.
THE OBJECT AND METHOD OF THE PRESENT RESEARCH.
The object of the Present Research. The Importance of the Psycho-logy of Motive. General Method of Research. The Method in Detail. Technique. The Different Stages of the Method; A. Forming of Associations; B. The Recognition Experiments; C. The Choice Experiments. The Course of the Experiments. The Four Stages of the Choice Act: A. The Perception of the Excitant; B. The Motivation; C. The Choice; D. The Realisation of the Choice. Measurement of the time of Reali
the book details : Download Motive-force and motivation-tracks - 5.9 MB