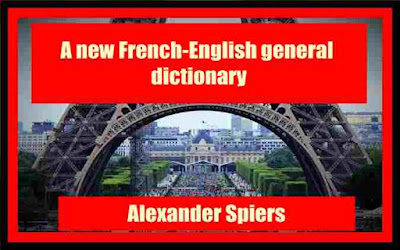 All the literary and colloquial words of the language down to the present day; —  the principal terms relating to science, art, commerce, industry,.the navy, more especially such as are to be found in the Dictionaries of the compound words, that is not to be literally translated
Various meanings of each word are arranged in a logical order and separated by numbers; — short instances of colloquial or literary uses of words, also of grammatical constructions, Where it is difficult; —the alterations in the meaning of words according to as they are used with adjectives, prepositions, adverbs, etc.
The idioms and colloquial expressions that differ in the two languages, methodically set down; — the prepositions required by the government of verbs, adjectives, etc.; — irregular or difficult pronunciation made clear by reference to the simple French sounds; — grammatical notes on difficult constructions; with typographical signs to distinguish between the proper and figurative uses of words and marking the style to which they belong followed by a Vocabulary of Geographical and Mythological names also of names of persons that are unlike in the two languages
the book details : Download A new French-English general dictionary - 59.3 MB