A dictionary of English etymology 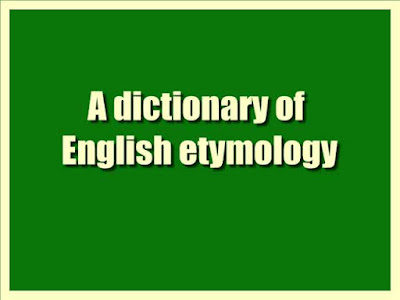 It requires only a superficial acquaintance with the principal languages of Europe to recognise their division into four or five main classes, each comprising a number of subordinate dialects, which have so much in common in their stock of words and in their grammatical structure, as irresistibly to impress us with the conviction that the peoples by whom they are spoken, are the progeny, with more or less mixture of foreign elements, of common ancestry.
If we compare German and Dutch, for instance, or Danish and Swedish, it is impossible in either case to doubt that the people speaking the pair of languages are cognate races and that there was a time more or less remote when the ancestors of the Swabians and the Hollanders, or of the Danes and Swedes, were comprised among a people speaking a common language.
The relation between Danish and Swedish is of the closest kind, that between Dutch and German a more distant one, and we cannot fail to recognise a similar relationship, though of more remote an origin, between the Scandinavian dialects, on the one hand, and the Teutonic, on the other, — the two together forming what is called the Germanic class of Languages. Alike gradation of resemblance is found in the other classes.
The Welsh, Cornish, and Breton, like the Danish and Swedish, have the appearance of descent from a common parentage at no very distant period, and the same is true of Gaelic and Manx. On the other hand, there is a greater difference between Gaelic and Welsh than there is between any of the branches of the Germanic class; while, at the same time, there are peculiarities of grammatical structure common to both, and so many identities traceable in the roots of the language, as to leave no hesitation in classing them as branches of common Celtic stock. And so in the Slavonic class, Polish and Czech or Bohemian, as Russian and Servian, are sister languages, while the difference between Russian and Polish is so great as to argue for a much longer separation of the national life.
In the case of the Romance languages, we know historically tliat the countries where Italian, Proven5al, French, Spanish, &c., are spoken, were thoroughly colonised by the Romans and were for centuries under subjection to the empire. We accordingly regard the foregoing class of languages as descended from Latin, the language of the Imperial Government, and we account for their divergences, not so much from the comparative length of their separate duration, as from mixture with the speech of the subject nations who formed the body of the people in the different provinces.
With Latin and the other Italic languages, Umbrian and Oscan, of which slight remains have come down to us, must be reckoned Greek and Albanian, as members of a family ranking with the Germanic, the Celtic, and Slavonic stocks, although there has not been an occasion to designate the group by a collective name.
When we extend our survey to Sanscrit and Zend, the ancient languages of India and Persia, we find the same evidence of the relationship in the fundamental part of the words, as well as the grammatical structure of the language, which led us to regard the great families of European speech as descendants of common stock.
Throughout the whole of this vast circle the names of the numerals unmistakeably graduate into each other; however startling the dissimilarity may be in particular cases, where the name of a number in one language is compared with the corresponding form in another, as when we compare.
Thus step by step has been attained the conviction that the principal races of Europe and of India are all descended from a single people, who had already attained a considerable degree of civilisation, and spoke a language of grammatical structure similar to that of their descendants.
From this primaeval tribe it is supposed that colonies branched off in different directions, and becoming isolated in their new settlements, grow up into separate peoples, speaking dialects assuming more and more distinctly their own peculiar features, until they gradually developed in the form of Zend and Sanscrit and the different classes of European speech.
The light which is thus thrown on the pedigree and relationship of races beyond the reach of history is however only an incidental result of linguistic study. For language, the machinery and vehicle of thought, and indispensable condition of all mental progress, hold out to the rational inquirer a subject of as high an intrinsic interest as that which Geology finds in the structure of the Globe, or Astronomy in the movements of the heavenly bodies.
the book details : Download A dictionary of English etymology - PDF 32.6 MB