The mystery of Edwin Drood 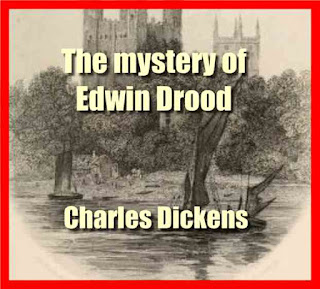 All that was left in the manuscript of Edwin Drood is contained in the Number now published — the sixth. Its last entire page Imd not been written two hours when the event occurred which one very touching passage in it (grave and sad but also cheerful and reassuring) might seem almost to have anticipated.
The only notes in reference to the story that has since been found concern that portion of it exclusively, which is treated in the earlier Numbers.
Beyond the clues therein afforded to its conduct or catastrophe, nothing whatever remains; and it is believed that what the author would himself have most desired is done, in placing before the reader without further note or suggestion the fragment of The Mystery OF Edwin Drood.
Plot Summary:
The Mystery of Edwin Drood is the final novel by Charles Dickens. originally published in 1870. Though the novel is named after the character Edwin Drood, it focuses more on Drood's uncle, John Jasper, a precentor, choirmaster and opium addict, who is in love with his pupil, Rosa Bud. Miss Bud, Edwin Drood's fiancée, has also caught the eye of the high-spirited and hot-tempered Neville Landless. Landless and Edwin Drood take an instant dislike to one another. Later Drood disappears under mysterious circumstances.
the book details : Download The Mystery of Edwin Drood  - 8.4 MB