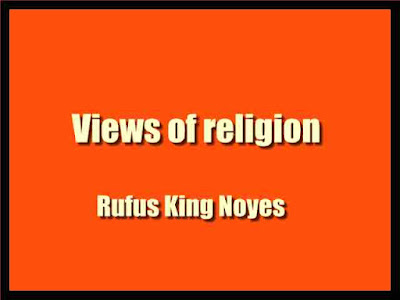 This book contains the views on the religion of many great, good learned and wise persons. Among these are citizens, statesmen, presidents, kings, queens, emperors, philosophers, poets, physicians, lawyers, judges, theologians, ministers, authors, musicians and others. Many of these men and women have lived and died, or are still living, without region, in any sense, or in its usual sense; and they are known to mankind, and their names and memories live, through their energy, character, views, deeds, morals and personal worth.
The object of this book is to show that some of the best and most honourable men and women, as well as those most highly esteemed in public life, are on record as being either extremely liberal anti-religious, or sceptical on religion.
It wins also shows that goodness, rightness, truth and justice are things to be desired and attained for their own sake; that happiness and success in life do not depend upon having religion or upon going to church; that right conduct does not depend upon religion; that ethics have no natural relation to theology; that Bibles and so-called inspired books are not ethical guides; that morality, therefore, has only a scientific basis; that ministers, priests and pious individuals are not the sole custodians of goodness; and that religionists are not necessarily the ones to be followed, as to ways of thinking, modes of living or theories of dying. The emblem on the title page represents the benign and malign elements of Nature; the germ of life is beset by the bacteria of disease and death,
the book details :  Download 16.2 mb