The autobiography of a boy 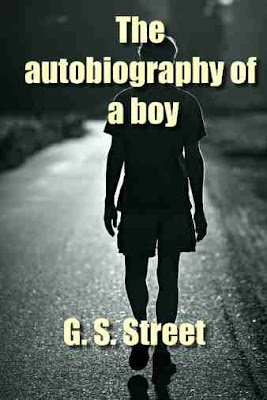 A clever piece of ironical story-telling. A mock-heroic portrait of a young man, non-moral, devoted to the gospel of self-indulgence. In the various episodes of college hfe and social intercourse, he writes himself down as a fool.

From the editor's preface:
The autobiography covers only the period from his leaving Oxford to the other day, and it may therefore be well to give you a few facts of his earlier life, and perhaps a word or two concerning the period mentioned above, since I may be deceived by my intimate acquaintance with him in thinking that his mode of life, his point of view, and his peculiar qualities are indicated sufficiently by himself. He was expelled from two private and one public school; but his private tutor gave him an excellent character, proving that the rough and ready methods of school- masters' appreciation were unsuited to the fineness of his nature.
As a young boy, he was not remarkable for the distinction of the ordinary sort — at his prescribed studies and at games involving muscular strength and activity. But in very early life the infinite indulgence of his smile was famous, and as in after years was often misunderstood; it was even thought by his schoolfellows that its efiect at a crisis in his career was largely responsible for the rigour with which he was treated by the authorities: ' they were not men of the world,' was the harshest comment he himself was ever known to make on them
. He spoke with invariable kindness also of the dons at Oxford (who sent him down in his third year), complaining only that they had not absorbed the true atmosphere of the place, which he loved.
He was thought eccentric there and was well known only in a small and very exclusive set. But a certain amount of general popularity was secured to him by the disfavour of the powers, his reputation for wickedness, and the supposed magnificence of his debts. His theory of life also compelled him to be sometimes drunk.
In his first year, he was a severe ritualist, in his second an anarchist and an atheist, in his third wearily indifferent to all things, which attitude he remained in the two years since he left the University until now when he is gone from us. His humour of being carried in a sedan chair, swathed in blankets and reading a Latin poet, from his rooms to the Turkish bath, is still remembered in his college.
the book details : Download The autobiography of a boy -2.6 MB