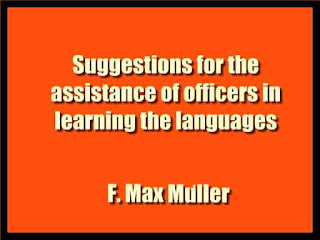 In writing down an Oriental language by ear, it will be essential, however, that a certain system should be observed in representing foreign sounds by Roman letters. Eastern dialects contain certain sounds that have in English no corresponding letters.
These must receive alphabetical expressions. Again, in English the same sound is frequently written in two different modes, as in ravine, been; boat and note; date and gait; while many vowels and consonants have more than one power, as in ravine and pine; date and hat; through and cough. Now, without some agreement that, in transcribing foreign languages, every letter shall always represent but one sound, it will be impossible to say what power, for instance, I might have when used in a list of foreign words. A traveller again, who would allow himself to express the sound of i, as heard in the ravine, promiscuously by i, ee, ea, or y, would soon find himself unable to pronounce the words thus written down from oral communication.
This inconvenience has been long felt, and chiefly by missionaries, to whom the reduction to writing of the languages spoken by savage tribes has been always an essential duty.
An English missionary would be inclined, if he heard the sound of I (as in Vlll .ravine), to express it by ee; a French missionary by I; and translations of the Bible, printed according to the English and French systems of spelling, would make an appearance so different that a nation who had learned to read, the one would not be able to understand the other.
Many attempts have been made to remedy this defect and to settle a uniform system of- expressing the pronunciation of foreign dialects. All that is required is to fix certain letters to express sounds which do not exist in English and to restrict all other letters to but one phonetical value.
This may seem a comparatively easy task, yet uniformity is so difficult to attain between different nations, societies, or individuals, that the realization of a common alphabet is still far distant. I give here an abstract of an alphabet, lately the subject of several conferences in London, which the chief Societies have since resolved to submit to not less than five hundred of their missionaries, who will test it in the course of the next few years, and then report on its merits and defects.
For a complete account of this " Missionary Alphabet," I refer readers to Chevalier Bunsen's work on the Philosophy of Language.
the book details : Download 4.7 MB