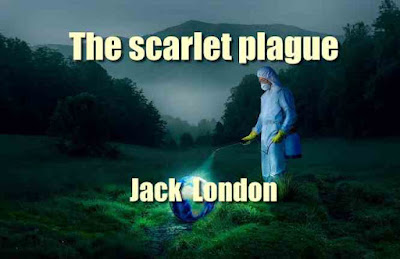 The Scarlet Plague is a post-apocalyptic fiction novel written by Jack London and originally published in London Magazine in 1912
Fast forward to 2073, the world has been depopulated due to an epidemic which occurred in 2013, in the tale of James Howard Smith a former university professor (in an ordinary world, or let's say, the one we know), one of the only pre-plague survivors left on earth, tries to impart his knowledge to his savage grandsons
the book details : Download The scarlet plague - PDF -2.5 MB- 200 pages