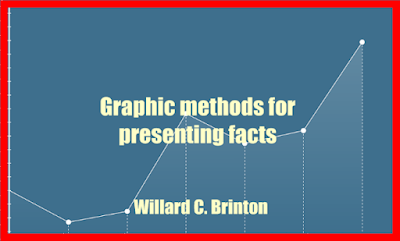 From the introduction:
In the preparation of this book, there has been a constant effort to present the subject to suit the point of view of the businessman, the social worker, and the legislator. Mathematics has been entirely eliminated. Technical terms are used practically not at all.
Since the readers whom it is most desired to reach are those who have never had any statistical training, a consistent effort has been made to keep the whole book on such a plane that it may be found readable and useful by anyone dealing with the complex facts of business or government.
Though written primarily for the non-technical man, it is hoped that this book may, nevertheless, prove convenient to the engineer, the biologist, and the statistician. A definite effort has been made to produce a work that can serve as a handbook for anyone who may have occasional charts to prepare for reports, magazine illustration, or advertising.
Unfortunately, there are extremely few draftsmen who know how to plot a curve or prepare any kind of a chart from data presented to them in the form of tabulated figures. Most draftsmen can plot a curve if they are given the data and an example showing the general type of chart desired. The executive who desires a chart is usually too busy to stand by a draftsman and explain in detail just how the chart should be prepared as concerns those all-important details of proportion, scale, the width of the line, etc.
It is believed that the owner of this book will find it feasible to run through the various chapters and pages until he finds a chart most nearly like that which he desires to have made from his own data. A sample chart placed before any draftsman of average ability should give the draftsman practically all the instruction needed for the preparation of a similar chart from other data. Much careful labour has been expended in so arranging the book that a busy reader may get the gist of the matter by looking at the illustrations and reading only the titles and the sub-titles.
The main title under each illustration is intended to show exactly what the chart represents, just as if it were used in some publication relating to the particular subject matter of the chart.
The sub-titles relate to the method and give criticism of each chart as a whole. Though the text gives much more detailed information concerning the method than can possibly be put into any sub-titles, the reader who examines only the illustrations and the titles, without any reference to the text, will undoubtedly get a major portion of the vital material in the book. It is believed that an average reader may go through the illustrations and the titles in about one hour.
Many of the illustrations which have been borrowed for use in this book are criticized ad\'ersely. It is the hope that all such criticisms will be accepted as an honest attempt toward an advance in the art of showing data in graphic form. In fairness to the authors of those charts which are criticized, it must be said that there has been a very rapid advance in the art of graphic presentation within the last few years and that many of these men would not present the material today by the methods which may have been used some years ago in the preparation of certain charts shown here.
Where charts are used and criticized adversely, the charts have been included only because it is felt that they show a practice that is rather common but is nevertheless of questionable desirability. Many of the suggestions for standard practice contained in this book should be taken as tentative only.
The American Society of Mechanical Engineers has invited about fifteen of the chief American societies of national scope to co-operate by sending one member each to a Joint Committee on Standards for Graphic Presentation. Though this committee is not yet completely organized, and it will be some time before any report is available, the reader who desires further information regarding standard practise should be on the lookout for any reports that the joint committee may publish in the future.
This volume may arouse in the minds of many readers a desire for more detailed information than can possibly be given here. The following books are suggested for the person who wishes to take up the study of statistics as related to the collection and interpretation of data without special reference to the methods of graphic presentation.
The book details : Download Graphic methods for presenting facts  -16.2 MB - Contains illustrations