The grammar of philosophy; a study of the scientific method 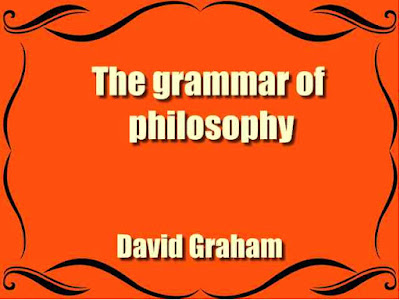 from the introduction:
The general purpose of the following work is to show that in the Human Mind we possess a sound basis of Knowledge; that our faculties are faithfully used, are trustworthy and adequate to execute their legitimate work; that the special task of the philosopher is to collate and interpret the reports of his faculties to the best of his ability, and that the results thus obtained, are all we can have for knowledge.
In other words, the grammar of Philosophy is a development of what is commonly known as the Scottish Philosophy and requires that we shall resolutely follow the guidance of Common Sense whithersoever it leads, and as resolutely refuse to go where it does not lead.
With Dr M'Cosh, "I have no faith whatever in a metaphysic which pretends to do any more than determine in an inductive manner the laws and faculties of the mind, and in doing so, to ascertain, formulise and express the fundamental principles of cognition, belief, judgment and moral good."
I am of opinion that the Bedlam confusions of the Schools, ancient and modern, have mainly arisen from their failure to observe and conform to the laws of this method; that a consistent and satisfactory theory of Knowledge and Life can only be found in, established on, and illuminated by, the dictates and the sanctions of Common Sense.
"The lips of knowledge are a. precious jewel. " — Pliny. xx. 15. The universality of Human Interests.
Man is a being whose interests are universal. Beginning with his own soul, they extend into the depths of Space and include everything that comes within his ken. He investigates molecules, he surveys the solar system; he speculates upon atoms, he weighs the Globe; he peers at microbes with a micro- scope and has visions of angels and archangels; he is subject to death and yet believes in immortality: so wide is the range of human interests.
Man is a Social Being.
Man is also a social being; and in obedience to the dictates of his nature, he delights to communicate with his fellow beings on the things which engage his interest. As Reginald Scott long ago expressed it, " In mine own opinion, whosoever shall perform anything, or attain to any knowledge, or whosoever shall travel through all the nations of the world,.or, if it were possible, should peep into the heavens, the consolation or admiration thereof were nothing pleasant to him unless he had liberty to impart his knowledge to his friends."
Discovery of Witchcraft, Ep. xix. So Aristotle: — "He that is incapable of society, or so complete in himself as not to want it, makes no part much does he delight in knowledge and in communicating knowledge, or even what he takes to be knowledge, that in this age of letters, myriads of people not contented with oral facilities of communication, seriously commit their thoughts, their observations, their fancies, their musings, their speculations, their guesses to writing and to the creation of books: which may be regarded as containing the written expression of man's interest in himself, his affairs and his surroundings.
Knowledge is the food of the Mind.
We are all agreed with the pill-vendors and the sporting men as to the advantage of possessing healthy, well set-up bodies; but inasmuch as our minds are of higher significance than our bodies, it must, at a glance, be of still greater advantage to be the owners of healthy, well-poised minds, to obtain which, certain appropriate food and discipline will be necessary. " My son, get wisdom: and with all thy getting, get understanding."
No cant nor claptrap in that advice, but soundness and rosy health; for lack of following which, the world welters in misery, and will continue to welter in misery until it appreciates the Solomonic precept more fully, and gets itself improved and strengthened in knowledge and understanding.
the book details :
Download The grammar of philosophy- 8.7 MB