The outline of Buddhism 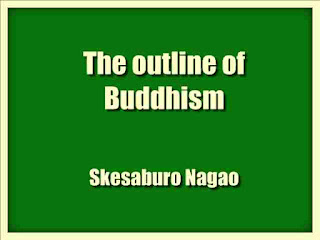 This is a short book illustrating Buddhism thoughts and its founder and aspects
The object of this book is intended to give the reader an outline of the general history of Buddhism, together with the life of Buddha Sakyamuni and his doctrine in brief It is but just, however, that I should own here, being far from an original, the bulk of the present volume is largely taken from the several works of older scholars of great fame on this subject, and the reader will, no doubt, also find many similar statements through the writings of some Western scholars.
Where I differ from my predecessors in this under-taking is, that I have endeavoured to compile the present work in gathering materials considered only as orthodox Buddhism. So the first chapter on the life of Buddha, for instance, is mostly derived from the Northern Budd- hist canons, using seldom any of the Southern text.
The second chapter on the general history of Buddhism is simply a rearrangement of older texts. The third chapter on the teachings of Buddha is, likewise, a translation of the common canon wildly used among the Japanese Buddhists..
The sole aim of my present undertaking, as stated above, being^simply to present a fair glimpse of this much talked of Buddhism to the general readers of this continent. If one desires to investigate more fully, I would respectfully refer the reader to those learned works of distinguished Orientalists, such as Max Miiller, Oldenberg, Eitel, Beal, Rhys Davids, Childers and Dr Paul Cams
A word of explanation concerning my English is necessary. I sincerely hope it will deserve my reader's attention. While the subject matter of my work is absolutely correct, the presentation of it is necessarily crude on account of my limited command of the English language. I hope, however, my readers will understand the principles of Buddhism through my statements. I cannot conclude without thanking Mrs Mary Olive Coonradt for her kindness in correcting some parts of this work. I shall thankfully receive, at all times, suggestions for further improvements.