History of the conflict between religion and science 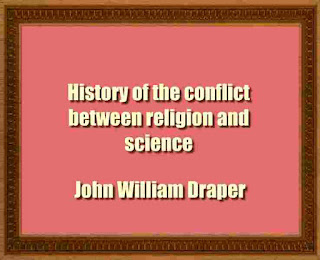 From introduction:
Whoever lias had an opportunity of becoming acquainted with the mental condition of the intelligent classes in Europe and America, must have perceived that there is a great and rapidly-increasing departure from the public religious faith, and that, while among the more frank this divergence is not concealed, there is a far more extensive and far more dangerous secession, private and unacknowledged.
So widespread and so powerful is this secession, that it can neither be treated with contempt nor with punishment. It cannot be extinguished by derision, by vituperation, or by force. The time is rapidly approaching when it will give rise to serious political results.
Ecclesiastical spirit no longer inspires the policy of the world. Military fervour on behalf of faith has dis- appeared. Its only souvenirs are the marble effigies of crusading knights, reposing in the silent crypts of churches on their tombs. That a crisis is impending is shown by the attitude of the great powers toward the papacy.
The papacy. represents the ideas and aspirations of two-thirds of the population of Europe. It insists on political supremacy in accordance with its claims to a divine origin and mission, and a restoration of the mediaeval order of things, loudly declaring that it will accept no reconciliation with modern civilization.
The antagonism we thus witness between Religion and Science is the continuation of a struggle that commenced when Christianity began to attain political power. A divine revelation must necessarily be intolerant of contradiction; it must repudiate all improvement in itself, and view with disdain that arising from the progressive intellectual development of man. But our opinions on every subject are continually liable to modification, from the irresistible advance of human knowledge.
Can we exaggerate the importance of a contention in which every thoughtful person must take part whether he will or not? In a matter so solemn as that of religion, all men, whose temporal interests are not involved in existing institutions, earnestly desire to find the truth.
They seek information as to the subjects in dispute, and as to the conduct of the disputants. The history of science is not a mere record of isolated discoveries; it is a narrative of the conflict of two contending powers, the expansive force of the human intellect on one side, and the compression arising from traditionary faith and human interests on the other. No one has hitherto treated the subject from this point of view. Yet from this point it presents itself to us as a living issue — in fact, as the most important of all living issues.
A few years ago, it was the politic and therefore the proper course to abstain from all allusion to this controversy and to keep it as far as possible in the background. The tranquillity of society depends so much on the stability of its religious convictions, that no one can be justified in wantonly disturbing them. i/But faith is in its nature unchangeable, stationary;
Science is in its nature progressive; and eventually, a divergence between them, impossible to conceal, must take place. It then becomes the duty of those whose lives have made them familiar with both modes of thought, to present modestly, but firmly, their views; to compare the antagonistic pretensions calmly, impartially, philosophically.
History shows that, if this is not done, social misfortunes, disastrous and enduring, will ensue. "When the old mythological religion of Europe broke down under the weight of its own inconsistencies, neither the Roman emperors nor the philosophers of those times did anything adequate for the guidance of public opinion.
They left religious affairs to take their chance, and accordingly, those affairs fell into the hands of ignorant and infuriated ecclesiastics, parasites, eunuchs, and slaves. The intellectual night which settled on Europe, in consequence of that great neglect of duty, is passing away; we live in the daybreak of better things.
Society is anxiously expecting a light, to see in what direction it is drifting. It plainly discerns that the track along which the voyage of civilization has thus far been made, has been left; and that a new departure, on an unknown sea, has been taken.
the book details : Download 10 MB 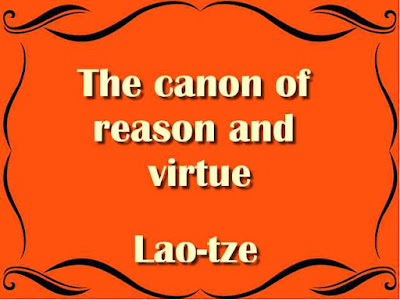