The science of ethics 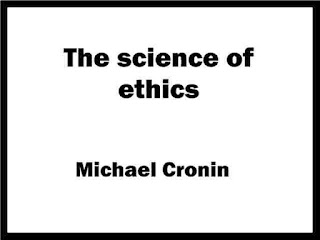 Excerpt
:
Religion is meant the worship of God, the supreme origin, cause, and ruler of the world. Natural religion is the worship of God as determined by reason alone: or, more fully, it is that body of religious truths and the duties resulting from them which our reason makes known to us without revelation. * The derivation of the word is uncertain. Some derive it from relegere, a reiterated reading of or thinking upon the things of God; some from reeligere or the constant choice of God; others from Religare, i.e., a continued binding of the soul too, or union with God. Mr Westermarck derives the word from Religare but considers that it arose out of the practice common to certain savage races of binding sacred things in cloths or rags.
ur definition is given in the text, which is evidently based upon the essentials of religion in its highest form — monotheism, at once suggests the difficulty that many of the lower forms of religion were true at least in part, and therefore that they ought to find a place in our definition of religion.
It will be found, however, that the essentials of these primitive forms are preserved in our definition of religion, a proof of which is that our definition, as will presently be seen, is in almost all respects the same definition that is adopted by those who attempt to define religion by abstracting from the various primitive religions their common content (see p. 10).
In any case, in defining religion according to its highest form, which is monotheism, we are only following the analogy of the various sciences which in defining their terms make use only of the developed conceptions of science, ignoring all discarded ideas and beliefs as either inadequate or untrue. The primitive religions have disappeared.
They have been finally repudiated by civilised men. Polytheism is not the accepted doctrine of any developed people today. In this fact alone, apart altogether from what is revealed by a critical examination of these primitive religions taken in themselves, we find ample evidence of their untruth
Our duties towards God are of two kinds, those de- pending on charity and those depending on justice. By charity, we are bound to the love of God our final end. Justice prescribes the rendering to God of all the worship due to God as the first cause, as creator and sovereign ruler of the world, from whom we have received our being, and on whom we are totally dependent in every need of the existence of life. By charity we are bound to God as one with us, all love is based on the unity of the thing loved with the lover.* As a part of justice religion defines our duties to God as distinct from us, and God's rights as against us.
As a part of the charity, religion binds the soul to God, its highest good, as a virtue of justice religion consists in the payment to God of what we owe Him, and thus getting out of His debt. Now in a wide sense f religion may be regarded as comprising all of our duties to God, those of charity and those of justice. But in its stricter sense, it is confined to the worship of God as defined by justice alone. It is as a part of justice that we shall consider natural Religion in the present chapter: at the end of our discussion, or their inadequacy, and, therefore, we are justified in defining religion according to the form which it attains in its highest development.
He," says Eucken ("The Truth of Religion," p. i) " who wishes to ascertain the intrinsic truth of religion need neither trace its blurred beginnings in time nor pursue its slow ascent, but may take his stand upon the summit of its development."
They are honoured, not for themselves, but merely as God's friends and representatives. The first and final object of all religious honour is God. The motive of religious worship is man's indebtedness to, and dependence on, the Supreme Being. Our in- indebtedness to, and dependence on God are of the most complete and absolute kind. First, He is our creator, our first cause, the ultimate principle of our being. From Him, we have received all that we are and have.
Moreover, as our creator, He is also the sustainer of our existence. Without His helping hand, we should dis- solve into the nothingness out of which we came. In Him, therefore, we live and move and have our being. Secondly, God is the supreme ruler of the universe.
the book details : Download  Volume 2 - 16.3 MB