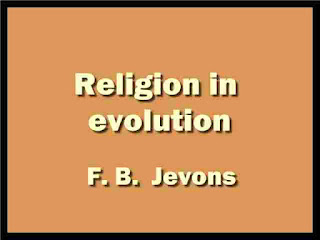 From preface:
These four lectures were delivered in the Vacation Term for Biblical Study at Cambridge, and are printed at the request of those who heard them. In Lecture I. I accept the statement of Mr Howitt in his  Native Tribes of Southeast Australia " that the South-eastern tribes who believe in an All-father are socially more advanced than the Northern tribes, who, ac- cording to Messrs Spencer and Gillen, have no "belief of any kind in a supreme Being who rewards or punishes the individual ac- cording to his moral behaviour."
At the time of writing, I had not seen Mr A. Lang's letter to Folk-Lore (xvi. 2, pp. 221-224), in which he argues, against Mr Howitt, that the majority of the South-eastern tribes are in the more primitive form of social organisation." I am not concerned with taking sides on this question, as the question, whichever way- it is settled, does not affect my argument, the basis of which is that social or political progress does not necessarily imply or entail religious development, or even prevent religious decay; in fact, social development and religious development may vary directly or inversely, and the direction of the movement of either can only be ascertained by observation, not by inference from the direction in which the other moves.
The important point is that the Northern tribes, in Mr Lang's opinion, '* have almost sloughed off the belief" in the All-father, not that they never had it; and to that opinion, I subscribe. Whether there ever was a pre-religious stage in the development of man is an open question.
Mr Frazer, in the extract from the forthcoming third edition of the '' Golden Bough," which he gives in the Fortnightly Review does not make his opinion on this question, so far as the aborigines of Australia are concerned, quite clear. He begins by saying that Religion, in his sense of the word, seems to be ''nearly unknown" amongst them; he ends by saying that "if the Australian aborigines had been left to themselves they might have evolved a native Religion."
The implication of these last words seems rather be that amongst the Australian aborigines Religion is not " nearly unknown " but actually unknown — that there is or has been no native religion. It is, of course, a perfectly competent position to take up that, in the existing state of our knowledge, we are not justified in treating the point as decided: and that may be the real nature of Mr Frazer's apparent indecision on the point.
On the other hand, if we are to press the words of the passage at the end of his article, and to understand them to mean that there was no native religion in Australia, then Mr Frazer's theory '' that in the history of mankind Religion has been preceded by magic is confirmed — if there was indeed no native Religion in Australia. But it is of great interest to all students of the Science of Religion to know what position on this point Mr Frazer takes up, and his article in the Fortnightly Review leaves it uncertain whether he does or does not regard it as settled that there was no native Religion in Australia, and as therefore proved that in this case "Religion has been preceded by magic."
the book details : Download 7.5  MB