Society and politics in ancient Rome 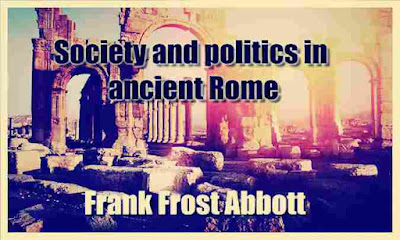 The papers which are included in this volume have been written at intervals during the last ten or fifteen years. Two of them, " Literature and the Common People of Rome" and "Roman Women in the Trades and the Professions," are now published for the first time.
The others have appeared in the Transactions of the American Philological Association, the Arena, the Classical Journal, Classical Philology, Modern Philology, the New England Magazine, the Sewanee Review, Scribner's Magazine, and the Yale Review, and to the publishers of these periodicals, the writer is in- debted for permission to reproduce them here.
The social, political, and literary questions which are discussed in them the participation of women in public life, municipal politics, the tendencies of parliamentary government, realism in fiction, the influence of the theatre, and like matters were not peculiar to Roman civilization, but they are of all time and confront all civilized peoples. We are grappling with them today, and to see what form they took at another time and what solutions of them or attempts at solving them another highly civilized people made may not be without profit or interest to us.
The common inheritance of difficult problems which we thus share with the Romans has led the writer to compare ancient and modern conditions in some detail or to contrast them, as the case may be. In fact, most of the papers are in some measure comparative studies of certain phases of life at Rome and in our own day. It is hoped, therefore, that the book will be of some interest to the general reader as well as to the special student of Roman life and literature.

Municipal Politics in Pompeii .... 3
The Story of Two Oligarchies .... 22
Women and Public Affairs under the Roman Republic 41
Roman Women in the Trades and Professions 77
The Theatre as a Factor in Roman
Politics under the Republic . . . . 100
Petronius: A Study in Ancient Realism 115
A Roman Puritan. 131
Petrarch's Letters to Cicero . . . . 145
Literature and the Common People of Rome 159
The Career of a Roman Student . . . 191
Some Spurious Inscriptions and Their
Authors 215
The Evolution of the Modern Forms
of the Letters of Our Alphabet . . 234
Index. 261
the book details : Download 6.4 MB