From the earth to the moon and round the moon 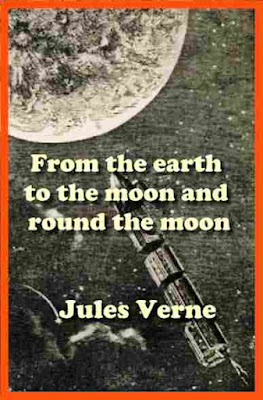 From Wikipedia:
The story is also notable in that Verne attempted to do some rough calculations as to the requirements for the cannon and in that, considering the comparative lack of empirical data on the subject at the time, some of his figures are remarkably accurate. However, his scenario turned out to be impractical for safe human space travel since a much longer barrel would have been required to reach escape velocity while limiting acceleration to survivable limits for the passengers.
Review:
From Earth to the Moon, the setting of the stage for 'Round the Moon, was a very logical story. Detailed beyond what most Scifi writers would dare, it follows Mr Barbicane, president of the Gun club, and his plan to make history by building a cannon of tremendous proportions with plans to land a projectile on the surface of the moon.
The amount of science and research Verne did for this book is commendable.