The drama of the spiritual life; a study of religious experience and ideals 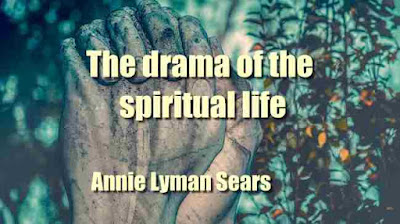 Since the appearance, in 1902, of William James's book, "The Varieties of Religious Experience," many persons have delved into the field of the psychology of religious experience and have tried to find an interpretation thereof. Since the field is inexhaustible, each seeker hopes that he may illuminate afresh its problem and perhaps discover therein some "Cosa Nuova."
The method which this study follows is that of Professor James's book, but the material used is for the most part different and in consequence, the outcome is not the same. James used largely autobiographical material, with the result that genuine religion seemed to him principally a matter of individual, emotional experience. The material I have taken is derived chiefly from prayers, hymns, and religious poetry, with the outcome, that religious experience appears to me to be a social as well as an individual experience, and quite as practical as emotional.
This material, since it is the embodiment of the religious faith of the ages, I may well speak of, as far as I am concerned, as a gift. In regard to the historical problems which arise, I have used the result of the research of scholars, recognized as authorities in their special fields — such scholars as Robertson-Smith, Frazer, Harnack, Pfleiderer, and others.
Although I have tried as well as I was able to enter freshly into these "varieties of religious experience" and to interpret them accordingly, yet even here in the analysis and interpretation of the types and states of religious experience, many teachers have taught me, both by their books and through the spoken word. To all these teachers, known and unknown by me, I wish here in a general way, since can not name them all, to make acknowledgement.
More especially, however, I would record my thanks to those pro- professors in the Department of Philosophy of Harvard University, who were at one time my teachers in the more technical sense of the word, all of whom helped me to clearer think- ing; and particularly I would make acknowledgement to Professor Josiah Royce, without whose wise counsel and stimulating suggestions, this book could hardly have been written.
What I owe to these teachers at particular points will be apparent to all who are conversant with their theories. To work with such teachers is a very great privilege, and it has seemed to me that I should try to pass on to others, in some measure, what I have received from them.
This book was finished (with the exception of a few minor changes and additions) before the outbreak of the European War. In those days (recent, though they seem to us now so long ago) of commercialism, of business efficiency, and the successes of applied science, many people have held that religion was a back number.
Today, face to face with a world crisis, with the carnage and desolation of war and the threatened submergence of every outward sign of our civilization, men are crying out that religion is a failure. It may be that the Day of the Lord is at hand when all outward symbols of the present-day civilization are about to perish and not a wrack be left behind; when men shall cry on every side: " Who shall show us any good ? " and " Peace, peace, when there is no peace I " Bold, imaginative thinkers, like H. G. Wells, for example, believe to find in science some permanent value, and some message of freedom, peace, and hope for man's troubled spirit. Science, like ethics, though from a different standpoint, believes in the infinite possibilities of man and in the great adventure before him; and science, like religion, holds to man's relations to an undiscovered country, — an "unseen world." But the new world of science is in part still a world man-made, and in part a world belonging to the old natural order, and inevitably we ask, can such a value, which is after all of our finite worlds, be an eternal value?
It is otherwise with the new world which religion holds to. The new world of religion belongs to an order which we may call a transformed, or supernatural order, yet this order, as we shall see, is still in close touch with the temporal order, and it is, I believe, an order which is completely rational. It is not religion itself, then, which is a failure, but man's own thinking about it; and his own attitude, in that he does not practise what he really sees and experiences.
The present war may serve as a chastening experience to make man see again the need of the quickening of the religious spirit, and may reveal to him that while old formulas, old symbols and creeds may need to be "re-phrased to the lights and perfections of a new dawn," in religion is still to be found man's perennial, healing spring of strength and hope both for the way of his every-day life, and in the great crises of the individual life, as well as in the life of nations.
At the present hour, many persons are prophesying that when the war in Europe is finally over there follow, out of man's sense of his own weakness and his great need, a revival of religion. What we want to be sure of is — and this is in man's power — that this religious revival when it comes, shall be a re-awakening of a religious spirit that is truly spiritual^ that is, profoundly ethical. Man, in his sense of weakness and need, is so prone to fly to some magic- making substitute for religion, no matter how irrational it may be.
book details : Download 24.4 MB