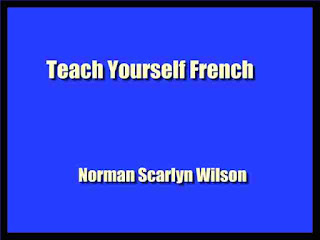 Not long ago a witty foreigner wrote a book called: The English, are they Human * to which question he gave a qualified assent. Students learning French forty years back might equally well have entertained doubts of the human qualities of a nation which, to judge from the sentences provided for translation, displayed such inordinate interest in the whereabouts of the gardener's cat, and waxed so disputatious about the ownership of a pencil.


We have progressed since then. Such works as that brilliant anonymous volume Brighter French reveal very clearly the idiomatic racings of the French language and the essential humanity of those that speak it. But there is a reservation to be borne in mind. The full title of that book is Brighter French— for bright young people who already know some. Teach Yourself French is not intended for such readers. Those who use this book do not need any previous acquaintanceship with French. They do not even need to be particularly bright. But they will find it useful.

It seems a middle course between the old fatuity and the modem slang. It contains all the essential points of grammar, which are illustrated in the sentences. Anyone who studies it conscientiously should be able at the end to read any novel or newspaper, to write understandable French, though it won't be faultless, and to find his way about in France without choosing toothpicks on the menu instead of soup or telling an astonished waiter that he has an enormous wife when he really means that he is very hungry. In other words, he will know quite a lot of French and something about France and be in a position to get to know a good deal more about both. What more can he want?