Stories of exile by  Rossite Johnson 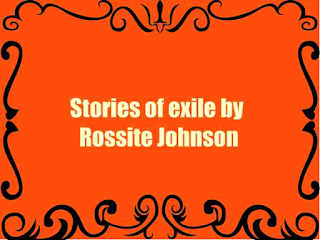 excerpt from the book's introduction

It is not more difficult for the mineralogist to define a metal than for the critic to define a classic. No attribute or property of metal can be mentioned, hardness, brittleness, malleability, magnetism, luster, but some acknowledged metal can be found which lacks it. So when we come to define what is classic in literature, we find not a single quality that may not be dispensed with, or that is not lacking in some universally accepted and canonized piece of composition. Is age a requisite? Consider Mr. Lincoln's speech at Gettysburg, which was recognized as classic and immortal the hour it was flashed from the wires and printed or misprinted in the five thousand journals of the land. Is the perfection of the plot or unity of design necessary? " David Copperfield " can hardly be said to have a plot, and the " Merchant of Venice " is notably lacking in unity. Is detailed grammatical and idiomatic correctness indispensable? Then how few are the absolute masters of English prose! It is with some feeling of embarrassment at this lack of any perfect test, that I have gathered the contents of these volumes and ventured to call them Little Classics. And yet the genuine lovers of literature, setting aside all attempts at conscious definition, and following only their artistic instincts, will not seriously differ in their opinion as to what deserves the name of classic and bears the warrant of immortality.


The performance of this task has suggested the idea that, in romantic fiction, ours is the day of small things, small as the diamond and the violet are small. Going freely through English literature to gather little classics, I have been surprised at finding so few that antedate the present century. Hawthorne, De Quincey, Poe, and Dr Brown have put within the compass of a few pages as much plot and character, as much pathos, humour, human nature, metaphysical speculation, and dramatic effect, as commonly suffice for a full-length romance. The ponderous novel cannot be said to have had its day, but the indications are that it must soon cease to have more than its day.

The work of art which, embodying a sacred principle or a living idea, condenses its plot, its moral, and its effective climax into the limits of a single sitting must, in an age of crowding books and rushing readers, possess a decisive advantage over the unwieldy conventional novel, with its caravan of characters and its long bewilderment of detail.
The Ark of the Deluge may crumble on the mountain, but the Ark of the Covenant is borne by the people through all their wanderings and enshrined in the temple when they rest. If the prevailing cast of these tales is sombre and tragic, it is not from any design on the part of the compiler; it is because, being true to nature and to human experience, they follow the inevitable course of human destiny. In the broad light of our daily life lie the superficial, the ephemeral, and the inessential; in its shadow lie God's solemn mysteries and man's profound studies.
That in us which humour appeals to is selfish and finds its limit within the narrow boundary of one's own being. That which pathos awakens is sacrificial in its tendency, and stretches a protecting arm, or offers a sympathetic heart, to all the world.