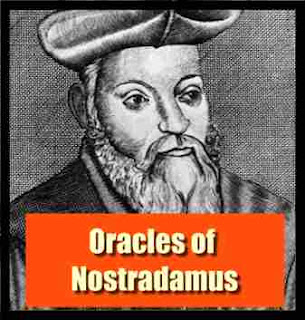 This is no doubt a strange book. An attempt to gather a meaning out of a few of the involved, crabbed, and mystical quatrains of the great seer of I'Vance, the greatest perhaps that the world has ever seen, must of necessity be strange. My treatment, too, may possibly seem to many no less strange than the subject matter itself I will speak especially as to this latter point towards the close of the preface.
It now becomes desirable that I should furnish some clue to enable a reader to arrive rapidly at the pith of this book and its oracular forecasts, so that he may discern for himself in a few minutes, whether, or whether not, the topics treated of have for him a sufficient interest to lead him on to make a thorough study of the book, or to decline it altogether.
There is a huge prejudice in this our day that sets in strongly with the multitude against anything that endeavours to deal seriously, or by mystical insight, with things occult, spiritual, or future. The reader, first of all, should glance over the life of Nostradamus.
It will be for him to determine whether my vindication of his name from imposture be adequate or not. Dr Cobham Brewer is the most recent writer who asperses him as a " charlatan " (see his "History of Germany," p. 164). The reader will see that Nostradamus is of Jewish birth. Coleridge remarks ("Table Talk," p. 31) that all other nations " Seem to look backwards, and also to exist for the present, but in the Jewish scheme everything is prospective and pre-preparatory; nothing, however trilling, is done for itself alone, but all is typical of something yet to come."

For a prophet says nothing of his own, but everything that he says is strange and prompted by someone else; and it is not lawful for a wicked man to be an interpreter of God, as also no wicked man can be properly said to be inspired; but this statement is only appropriate to the wise man alone since lie alone is a sounding instrument of God's voice."Divine Things, 52, Bohn, ii. 146.

Again, at page 32 of this book, it will be seen that I have described the faculty of anticipating the future, a thing so remarkably developed in Nostradamus, as being, if once we admit its existence in him, a perceptive endowment of the whole human race, that must be classified as a sixth sense. I have since found, with no little delight, that Coleridge, in his 'Table Talk" (ed. 1836, p. 19), designated such faculty as " an inner sense," for, speaking of ghosts and dreams, he says; "
It Is Impossible to say whether an inner sense does not really exist in the mind, seldom developed, indeed, but which may have a power of presentiment. All the external senses have their correspondents in the mind; the eye can see an object before it is distinctly apprehended; why may there not be a corresponding power in the soul? The power of prophecy might have been merely a spiritual excitation of this dormant faculty." •


* This noble and enlarged thought is worthy of Coleridge, who is the greatest thinker of our century, whether you take him as poet or philosopher. Nobody has yet claimed for him the pre-eminence which, I believe, to be his. The peculiar, nay, unique frailties of the man have blinded the men of his own time to the super-eminent, intellectual, practical, and imaginative endowments with wl ich he was so affluently furnished. By the middle of the next century-, some hundred or so years from his death, the fact will have dawned upon the world, if not before.