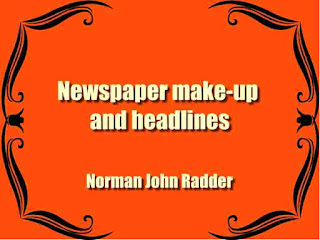 This book is offered both as a text for journalism courses in colleges and universities and as a book of reference and guid¬ ance for the newspaperman. It is based upon the writer’s own work as a copyreader supplemented by six years of experience as a teacher of journalism.
While the book is a comprehensive treatment of the entire subject of copyreading and make-up, the author has endeavoured to keep in mind especially the needs of papers in cities under 100,000. Hence most of the illustrations are of seven- and six-column papers. For the same reason, considerable emphasis has been placed on the problem of selecting body and headline type, on the various styles of front page make-up, on advertising display, on the typography of the editorial page, and on make-up by the dummy system.
The improvement in the typography of smaller papers in the last five years is abundant evidence of the fact that the publishers of these papers realize that readers, as well as advertisers, prefer the paper that takes pride in its appear¬ ance. At the recent convention of the Associated Advertis¬ ing Clubs of the World, the fact was pointed out that not circulation alone but character as indicated by typography determines the amount of advertising a paper can obtain. Certain men have given very definite help in the preparation of the book.