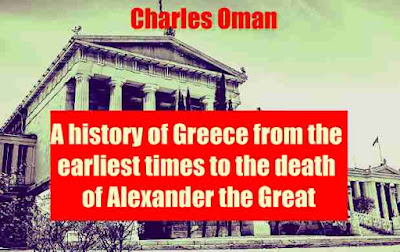 Excerpt
When we can first discern through the mists of antiquity the race who called themselves Hellenes — though we, following the ancient Romans, know them better as Greeks — we find them dwelling in the southern region of the Balkan Peninsula.
That they must at some remote date have wandered into that land from Asia we may surmise, but cannot prove. There is a great mountain range, which under many names forms the backbone of the Balkan Peninsula. Starting from the Alps, it runs from north to south, forming the watershed between the streams which flow west into the Adriatic, and those which run north-east or south-east to seek the Danube or the Aegean.
Of this great chain, the southernmost link is a range called the Pindus. From the broad square tract which forms the bulk of the peninsula this range of Pindus strikes out boldly into the Mediterranean, and with its spurs and dependent ranges forms a great mountainous mass projecting for more than two hundred and fifty miles from its base, and almost touching the thirty-sixth degree of latitude with its southernmost cape.
It is this southern extension of the Balkan Peninsula that has been since the earliest dawn of history the home of the Hellenic race. Here alone could the Greek claim that he was the first inhabitant of the land, the true child of the soil. His cities were built on every shore from Gaul to Colchis, but in all lands save this he was a stranger and a sojourner, maintaining a precarious hold on a fortified haven or a strip of coastland won from some earlier possessor.
The Hellenic Peninsula— both possess a wildly irregular coastline, seamed with countless bays and inlets; both are fringed by a widespread chain of islands great and small; both own soil not over-fertile for the greater part of its surface; and above all, both are pre-eminently mountain-lands. In Greece, as in Scotland, it is almost impossible to get out of sight of the hills; no spot in the whole land is more than fifteen miles from some considerable range. The three plains of any size which it contains do not together form one-sixth of its surface.
The mountains of Greece, then, give the land its special character. They are not remarkable for their great height — Olympus, The Greek loftiest summit, falls short of ten thousand feet — but mountains, peculiarly wild, rugged, and barren. The sharp bare limestone peaks and ridges stand out with surprising distinctness in the bright dry atmosphere of the South.
Their summits do not reach the region of perpetual snow, nor are their outlines softened by forests; all is clear-cut and hard. Moreover, there is so much sheer cliff and impassable ravine in their structure that they constitute much more effective barriers between valley and valley than might be inferred from their mere height, which generally ranges between three thousand and seven thousand feet above the sea.
The paths from one district to another are few and difficult, winding at the bottom of beetling crags or climbing precipitous gorges in their tortuous course. Hence each tribe was well protected from its neighbours; the points at which it could be assailed were well known, and could in most cases be obstructed with ease, and firmly held by a handful of resolute men.

Some contents:
I. The Geography of Greece 1
ir. The Origins of the Greek Nationality I'j
III. The Homeric Poems, and the Greeks of the Heroic Age 29
IV. The Religion of the Ancient Greeks: Olympia and Delphi 39
V. The Great Migrations i7
VI, The Greek Colonies in Asia 52
VII. The Dorians in Peloponnesus— the Legislation of Lycurgus CO
VIII. The Establishment of the Spartan Supremacy in  Peloponnesus 73
IX. The Age of Colonization 51
X. The Age of the Tyrants 94
XI. The Early History of Attica 101
XII. Solon and Peisistratus 104
XIII. The Greeks OF Asia, and the Lydian Monarchy .., 119
XIV. Rise of the Achaemenian Empire — Cyrus and Darius — Commencement of the Persian Wars, 549-520 Bc, 124
XV, Darius and the Greeks— The Ionian Revolt 138
XVI. Events in Greece after the Fall of the Peisisratidae — The Constitution op Cleisthenes,
510-509 B.c 148
XVII. Events in European Greece down to the Battle of Marathon. 509-490 b.c  . . 163
XVIII. FuoM THE Battle of Marathon to the Invasion OF Xerxes, 490-480 b.c 175
XIX. The Invasion of Xerxes — Thermopylae and Artemisium 192
XX. The Invasion op Xekxes— Salamis and Plataea 208
XXI. The Greeks of Italy and Sicily down to the end of the Tyranny at Syracuse, 600-465 b.c. 228