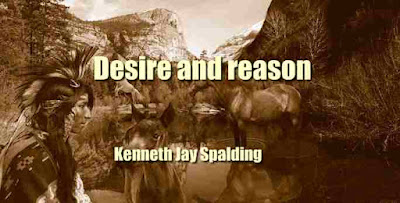 being an account of the origin and development of intellectual principles

1. It seems desirable for a philosopher to introduce his thoughts with some account of what he supposes philosophy to be. Philosophy having been studied for so long, it might be anticipated that there existed among philosophers a general agreement at least as to its purpose.
But particularly in our own time, the definition of philosophy appears doubtful; so much so that to be called a philosopher seems to imply nothing in particular.
Philosophy seems to me to be the attempt to discover in things a necessary existence: — ^and by this I mean one required by the mind. It is none of the mind's original claims to require much, or perhaps anything.
At first, the mind recognises, without understanding, things; it does not suppose itself to have any power over them; little or nothing seems to it necessary, and only chance speaks to it of a world strange, and for all, it can say, absurd and unintelligible. Philosophy is in these conditions evidently impossible. But such conditions are also what tends to awaken philosophy: — they reveal the mind to itself; oppose it to chance, and make it sensible of a capacity to \ require the existence of some things, and to deny the possibility of others.
2. It is, I think, convictions thus arising which, in the form of intellectual principles, constitute those assumptions from which philosophy springs. Some assumption, it is certain, every philosopher must make. And the nature of that assumption is the first thing that he has to determine. That the mind from which such assumptions arise, and by which they are alone supported, must be assumed, seems evident; for what is it but the mind's N satisfaction, through their means, at which any philosophy can aim? As for other things — ^inasmuch as these are what trouble the awakening mind, inasmuch as it is these which it aspires to make necessary: — ^to assume these must be impossible, as leaving the mind no better off than it was when subject to chance (sect. 1). To such things, I shall give, in what follows, the common name of experience, in order to distinguish them from the mind's assumptions, which may be termed, rather, principles, conceptions, or categories.
3. To distinguish thus between what is, and what is not, to be assumed, I take to be the first need of philosophy. But this distinction involves consequences which ought the more to be mentioned, that many philosophers will little agree with them. For consider these consequences: The mind is, by hypothesis, to assume only itself and, holding solely to its own principles, to require through them all other things: — ^it follows the mind must consider itself, and moreover be in fact, competent to deduce from its own nature the varied forms of its knowledge — ^to re-produce, in a word, what chance seems to offer it ready-made (sect. 1). That the mind is a nature capable of thus leaving aside its experience — of retiring, as it were, into itself, and of then requiring, or showing to be necessary, that which it finds about it, — ^this will no doubt seem to some a very extravagant supposition.
4. I am however the more convinced of the possibility, nay, of the necessity of this, when I consider what follows, when any other division is made between what is, and what is not, to be assumed by philosophy. That any different division introduces an inevitable inconsistency into philosophy, however, philosophy is regarded, seems to me not open to question. The inconsistency is, I conceive, of two general kinds: — in brief, if something other than the mind is assumed, the system is involved in contradiction: if something in addition thereto is so, it is involved in scepticism. For to take the first : — Suppose the thinker has assumed God or Nature: his mind then conceiving itself a part of experience must desire to deduce itself from that assumed principle; but it cannot do this, for that principle itself must necessarily depend on his mind. Thus Spinoza (to take an example) could not, without contradiction, deduce his own mind (with all that involved) from the Infinite Substance whence he might hope to deduce all other things. As subject to this contradiction are those philosophers who, in our own and other times, have first assumed some attribute or the stuff of Nature, and deduced their own minds from it.
5. Again, take the second inconsistency and suppose something besides the mind to be assumed: as God, Nature or Spirits. If there be then merely assumed, the mind remains in the presence of chance (sect. 1). But if it now is supposed necessary to assume any such thing, that thing is then proved absurd. For such a thing is then conceived irreconcilable mth the mind, of necessity unintelligible — and what else can that be than absurd? That the mind, being likewise assumed, may dress up such an absurdity in some rational notions may be, indeed, admitted. But what after all can this amount to, but dressing up the ass, as it were, in the lion's skin? A philosophy like Locke's I shall call, for this reason, sceptical.
the book details :
Download 11.5 MB