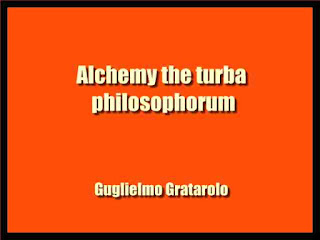 The Turba philosophorum, or assembly of the sages, called also the book of truth in the art and the third Pythagorical synod; an ancient alchemical treatise translated from the Latin, the chief readings of the shorter codex, parallels from the Greek alchemists, and explanations of obscure terms

Alchemy the turba Philosophorum is indisputably the most ancient extant treatise on Alchemy in the Latin tongue, but it was not, so far as can be ascertained, originally written in Latin; the compiler or editor, for in many respects it can scarcely be regarded as an original composition, wrote either in Hebrew or Arabic; however, the work, not only at the present day but seemingly during the six or seven centuries when it was quoted as an authority by all the alchemical adepts, has been familiar only in its Latin garb.


It is not, of course, certain that the original is irretrievably lost, the Arabic and Syriac manuscripts treating early chemistry are preserved in considerable numbers in the various libraries of Europe, and have only been imperfectly explored. Unfortunately, the present editor has neither there are two codices or recensions of The Turba Philosophorum, which differ considerably from one another. What is called in the following pages the second recension, is appreciably shorter, clearer, and, on the whole, the less corrupt of the two, but they are both in a bad state.

The longer recension has been chosen for the text of the following translation because it seemed desirable to give the work in its entirety. The variations of the second recension are appended usually in foot-notes, but where the reading of the text is so corrupt as to be quite untranslatable, the editor has occasionally substituted that of the alternative version and has in most cases indicated the course pursued. the opportunity nor the qualifications for undertaking such a task.