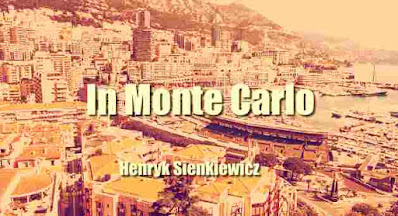 Excerpt from the translator:
The author of Quo Vadis, one of the most successful works of fiction published in recent years, or perhaps ever issued for in one year over eight hundred thousand copies of the English version alone were sold is a Pole, and not a Hungarian, as some literary and other papers have described him. He was seventy years of age when he died in 1916.
Several of his books have been translated from the Polish into the English language for the benefit of the great British reading public books of masterly, personal and simple prose, which have been received with admiration, for they are works of exceptional ability, full of good and pure things, with all the original humour, nobleness and charm conspicuously and naturally preserved. At the beginning of his life, Sienkiewicz wrote (under the pseudonym of " Litwos " short stories of singular grace and ingenuity.
In those early stories, the reader will frequently come upon original thoughts on most general problems and topics, combined with much deep observation and criticism of life, expressed in an easy and sincere manner. Many of the tales were successfully translated into different languages, and one of them, " Anthea," was accorded the extraordinary honour of being rendered into Latin and printed in Vox Urbis, a fortnightly review published in Rome by the European mandarins the cardinals and prelates.
In the historical trilogy, The Deluge, With Fire and Sword, and Pan Michael, Sienkiewicz's talent shines forth more powerfully than in most of his other efforts. Here, the admirers of romanticism will find historical fiction in its highest form.
This fantastically heroic Pole is in the front rank, not only of Polish romance writers past or present but among all the great masters of the craft in England, France and Germany. Sienkiewicz, being himself a nobleman, in his historical romances naturally describes the glorious deeds of the Polish nobility; who, having been located on the frontier, so to speak, of the Turks, Cossacks, Tartars and Walachs, have defended Europe for centuries from the invasions of barbarism, and have thus enabled Germany, France, and even England to outstrip Poland in the development of national welfare and material advancement. In the field of psychology, Sienkiewicz is represented by two problem novels, Without Dogma and Children of the Soil, whose chief charm lies in the synthesis so seldom realised in fiction, and the admirable beauty of expression employed.
The author has a deep and logical knowledge of psychological analysis, which he turns to excellent account in the present story, for herein his heroes are animated by intense personal feeling and egoism, which, though only fictitious, appear less deceitful than real life.
Henryk Adam Aleksander Pius Sienkiewicz, also known by the pseudonym Litwos, was a Polish journalist, novelist and Nobel Prize laureate. He is best remembered for his historical novels, especially for his internationally known best-seller Quo Vadis.
book details : Download