A descriptive guide to the best fiction, British and American 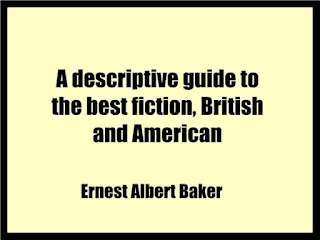 The object of this book is to supply a fairly complete list of the best prose fiction in English, including, not all that interests students, but all that the ordinary reader is likely to care about, with as much description of matter and style, for the guidance of readers, as can be condensed into a few lines of print for each book. It does not claim to be a bibliography.
This would have involved reference to the actual title pages of first editions; such bibliographical accuracy is not necessary for a mere guide for readers. Long titles are usually abbreviated; sub-titles, when they are descriptive, often appear in the note. The entries are arranged first in main divisions according to nationalities of writers, and then in the chronological order of publication, so far as consists with easy reference.
Consequently, this should be a useful work of reference for students of literary history. It may be thought that the recent periods are numerically over-represented as compared with the earlier, even if we have regard to the immensity of the modern "output" of fiction.
No doubt this is so if we pay strict attention to literary merit, but every age is naturally most interested in contemporary writers. In a future edition, doubtless, a large proportion of these recent authors will drop out, and their places will be occupied by others quite as ephemeral. In the notes, the aim has been to subordinate criticism to the description. The annotator has not sought to appraise the literary value of the books dealt with.
Yet, in order to convey as clear an impression as he was able of the particular species, character and style of each Novel, he has not refrained, where he has thought it needful, from offering what may be considered as critical observations on books and authors.
In trying to differentiate the kinds in such a heterogeneous class of literature as goes under the head of the Novel, this was unavoidable; nor is it possible to describe a work of literary art without using the phraseology of .literary criticism. He has also exercised the functions of a critic so far as to indicate masterpieces and peculiarly representative works, by means of an asterisk; and, indeed, merely to select a few thousand Novels from the legions upon legions that have issued from the press is in some degree to usurp the same privileges.
Nevertheless, he is far from desirous of inflicting his particular Likes and dislikes upon those who may use this work as a guide, since nowhere is it more impossible than in the domain of imaginative literature for one man or one body of men to draw up a general scale of relative excellence.
To the main body of the work is added a Historical Appendix, which aims to exhibit, in as close relation to the exact periods dealt with as could be determined, all the works of fiction that throw light upon the past, not merely on its historical events, but upon its types of people, manners, modes of living, and ways of thought.
This Appendix is to some extent an index to the body of the work, and gives references thereto; it does not, as a rule, repeat entries of books by contemporary authors. A large number of books for young people are included in it; and it will probably be of most use in the selection of books for the young, who must get a living idea of the past before they can get a correct one.
The Subject Index consists largely of references to actual things, persons and places, which are, to put it strictly, outside the sphere of fiction. Practical reasons have made it inadvisable to include many of the most characteristic topics of the Novel.
One may lay it down as a general rule that the most important works of fiction have no definite particulars that need to be indexed.
Download A descriptive guide to the best fiction