The garden of Epicurus 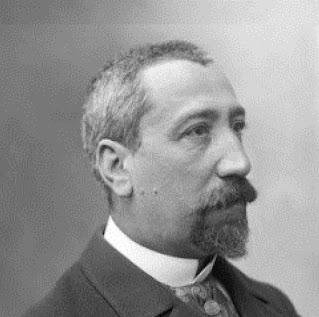 
Anatole France was a French poet, journalist, and novelist with several best-sellers. Ironic and sceptical, he was considered in his day the ideal French man of letters
we find it hard to picture to ourselves the state of mind of a man of older days who firmly believed that the Earth was the centre of the Universe and that all the heavenly bodies revolved around it. He could feel beneath his feet the writhings of the damned amid the flames; very likely he had seen with his own eyes and smelt with his own nostrils the sulphurous fumes of Hell escaping from some fissure in the rocks.
Looking upwards, he beheld the twelve spheres, first that of the elements, comprising air and fire, then the sphere of the Moon, of Mercury, of Venus, which Dante visited on Good Friday of the year 1300, then those of the Sun, of Mars, of Jupiter, and of Saturn, then the incorruptible firmament, wherein the stars hung fixed like so many lamps. Imagination carried his gaze further still, and his mind's eye discerned in a remoter distance the Ninth Heaven, whither the Saints were translated to glory, the primum mobile or crystalline, and finally the Empyrean, abode of the Blessed, to which, after death, two angels robed in white (as he steadfastly hoped) would bear his soul, as it were a little child, washed by baptism and perfumed with the oil of the last sacraments.
In those times God had no other children but mankind, and all His creation was administered after a fashion at once puerile and poetical, like the routine of a vast cathedral. Thus conceived, the Universe was so simple that it was fully and adequately represented, with its true shape and proper motion, in sundry great clocks compacted and painted by the craftsmen of the Middle Ages.
We are done now with the twelve spheres and the planets under which men were born happy or unhappy, jovial or saturnine. The solid vault of the firmament is cleft asunder. Our eyes and thoughts plunge into the infinite abysses of the heavens. Beyond the planets, we discover, instead of the Empyrean of the elect and the angels, a hundred millions of suns rolling through space, escorted each by its own procession of dim satellites, invisible to us. Amidst this infinitude of systems, our Sun is but a bubble of gas and the Earth a drop of mud.
the book details : Download