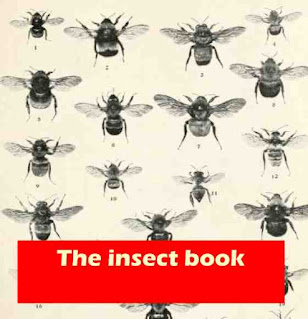 A popular account of the bees, wasps, ants, grasshoppers, flies and other North American insects exclusive of the butterflies, moths and beetles, with full life histories, tables and bibliographies.
Persons who love nature are apt to be long-lived and their lives are apt to be happy ones. In this country until quite recently few people have realized this fact, and while notably with the Germans, and to a lesser extent with other European nations, we find a love of nature fostered through early childhood, and while there are people of all countries and all occupations who know much about the animals and plants which surround them, and many who make collections and study certain groups as a fad or pastime and as a relief from the daily drudgery of life, in the United States little attention has been paid to nature study in the school and in the family until within the past few years.
It is true that there have been Americans who were born naturalists and who have pursued their studies in spite of uncongenial surroundings. It is true, too, that almost every country boy is a close observer in his own untrained way, and that he picks up many interesting facts about his natural history environment. But even the youngster of decided tastes has been too often discouraged by his parents, and, further, than that, he has few books to help him and stimulate him in the .occupation to which his tastes direct him. "
Recently, however, a great, nature study movement has sprung up amongst us and in this mclyeaiejy, the study of insects must play an important part..They, ire the. most easily observed of living creatures.
They abound everywhere the fields and woods, in the door-yards, and, unfortunately, even in the household. Subjects for observation are never lacking, and although some prejudice exists against them as insignificant crawling creatures and in large part nuisances and pests from a human standpoint, yet their structure is wonderful, their life histories are most interesting, and among them may be found a wealth of material for the study of broad life problems of the utmost biological importance. I
know a stockbroker, an insurance agent, a commercial traveller, a hotel clerk, a minister of the Gospel, a keeper of a beer saloon, a portrait painter, a hardware merchant, a stonecutter, an iron founder, a carpenter and builder, a wholesale wine merchant, a lawyer, a chemist, an undertaker, a librarian, an army officer, a navy officer, and any number of physicians and teachers who take the greatest delight in the study and collection of insects. Heaven will bless the old-fashioned country doctor for his self-sacrificing life and the good he has done to humanity.
That will everywhere be granted, but he deserves an additional star in his immortal crown for the fact that he was the original naturalist in this country. Very many of our early workers were country doctors, and it has been through their influence that many naturalists have been made. The principal aim of this book is to encourage the study of a rather neglected aspect of nature.
The groups of insects which it considers are of very great extent. The wealth of material is so great that it has been only with the greatest difficulty that the book has been held within reasonable bounds. We have other books on insects, many of them much better from several points of view than this can hope to be, yet there has been a distinct object in writing this one, and if I had not thought that it was needed I should never have written it. One of the main desires in my mind in planning the method of treatment has been to encourage the study of life histories of insects. Where possible a typical life history has been given in each family treated. Some of these are moderately complete as to the main facts.
book details : Download 21.7 MB