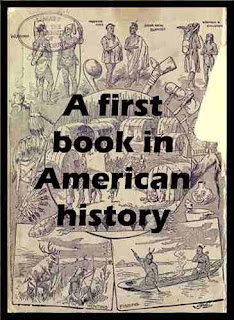 In preparing the first book of American history, it is necessary to keep in mind the two purposes such work is required to serve. There are children whose school-life is brief; these must get all the instruction they are to receive in their country s history from a book of the grade of this. To another class of pupils, the first book of American history is a preparation for the intelligent study of a textbook more advanced. It is a manifest waste of time and energy to require these to learn in a lower class the facts that must be re-studied in a higher grade.
Moreover, primary histories which follow the order of larger books are likely to prove dry and unsatisfactory condensations. But a beginner s book ought before all things else to be interesting. A fact received with the attention raised to its highest power remains fixed in the memory; that which is learned listlessly is lost easily, and a life-long aversion to history is often the main result produced by the use of an unsuitable textbook at the outset. The main peculiarity of the present book is that it aims to teach children the history of the country by making them acquainted with some of the most illustrious actors in it. A child is interested, above all, in persons. Biography is for him the natural door into history.
The order of events in a nation s life is somewhat above the reach of younger pupils, but the course of human life and the personal achievements of an individual are intelligible and delightful. In teaching younger pupils by means of biography, which is the very alphabet of history, we are following a sound principle often forgotten, that primary education should be pursued along the line of the least resistance. Moreover, nothing is more important to the young American than an acquaintance with the careers of the great men of his country.
The superiority of works of history in our time over those of other ages lies in the attention given to the development of the life of the people as distinguished from the mere recital of public events. The biographical method here adopted offers a great advantage, by giving the younger pupil interesting glimpses of life in other times by means of personal anecdote.
The usages of European courts, the dwellings and arts of the Indians, the struggles of pioneers in the wilderness, the customs of the inmates of frontier houses, the desolations of the early wars with the savages, the home- spinning and other domestic handicrafts, the stately manners and ostentatious dress of our forefathers, and many other obsolete phases of life, are vividly suggested to the pupil s mind not by dry didactic statements, but in unforgettable stories of real people.
This line of instruction is much furthered by the running comment of the accompanying illustrations. It has often been lamented that no adequate provision is made in a school course for teaching the principles of morality. But the teaching of abstract principles is generally unavailing to produce good conduct. In the preparation of the present work, I have been surprised to find how abundant are the materials for moral instruction by example in the careers of our great men.
The perseverance of Columbus, of Hudson, and of Morse, the fortitude of John Smith, of Standish, and of Boone, can not but excite the courage of those who read the narratives of their lives. No intelligent pupil will follow the story of Franklin s industrious pursuit of knowledge under difficulty without a quickening of his own aspirations. What life could teach resolute patience, truth-telling, manly honour, and disinterested public spirit better than that of Washington?
And where will a poor lad struggling with poverty find more encouragement to strictest honesty, to diligent study, and to the simplicity of character than in the history of Lincoln? It would be a pity for a country with such examples in her history not to use them for the moral training of the young.
The faults, as well as the virtues of the persons whose lives are told here, will afford the teacher opportunities to encourage the right moral judgments. In the matter of illustrations, the publishers have shown a liberality without precedent, I believe, in the preparation of books of this class. The talents and skills of some of the most eminent illustrators in America have been brought into requisition to lend a charm to the first lessons in American history.
Should this example be generally followed in the preparation of school books, it may produce notable results; a general refinement of taste and feeling ought to follow an early acquaintance with works of real artistic value.
The pictures have been made under the author s supervision, and are meant to be essential aids to the pupil rather than mere decorations. The younger the pupil the more must one have recourse to the imagination in teaching. Some of the pictures convey information additional to that in the text