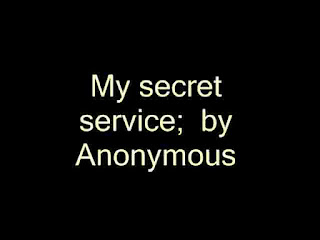 Excerpt:
I am not a spy, which I wish to make abundantly clear; I am a journalist, and I love my profession. Equally. well, I love adventure and sport, the greatest sport in the world, in which the stake is the player's life.

"My Secret Service," by "The Man who Dined with the Kaiser" (Henry Jenkins, Ltd., London).—Last January a cable message was published announcing that a special reporter representing the London "Daily Mail" had dined at Nish, the old capital of Servia, with the Kaiser and General Falkenhayn, at the historic banquet tendered by the " Nero of Bulgaria." A good deal of doubt, naturally, was entertained about the accuracy of this story. Since that time, however, that intrepid journalist has returned to London and has had his credentials established so completely that he has been welcomed and feted as "the man who. dined with the Kaiser."


He has now published a most engrossing book of his hairbreadth experiences in Vienna, Sophia, Constantinople, Nish, Belgrade, Asia Minor, and other places.
The facsimiles of railway tickets, passports, and menu cards in the book, together with celebrated names that are mentioned, prove beyond doubt that, partly by accident; and chiefly by the courage and rare audacity, he saw what he writes of. "The Man who Dined with the Kaiser" is not a spy. He is a journalist and an adventurous sportsman. This may be assumed from the philosophic way in which he says he likes the game of secret service for his newspaper, but someday it will probably end in "an episode in which the protagonists will be me and a firing party—some- were in an enemy country."

He is a neutral—probably a Dutchman, who can speak five languages—"my own tongue, English, German, French, and Flemish." Since the war broke out he has been three times in an enemy country, each time securing information of value to the Allies. The third trip.was undertaken for the Northcliffe papers in London, and only courage, tact, and sheer audacity could have carried him through. His chief object was to find out the German plans in the East. He said definitely that General Townshend would never get to Bagdad, and thinks that unless there is a strong offensive in Asia Minor by the French and English, and in the Caucasus by the Russians, the Turks will make a desperate effort to reach the Suez Canal. "The plodding, persistent Prussian," he says, "is prodding his Turkish slaves into such action as has never been known to them before."

special reporter representing the London Daily Mail, and speculate he was a Dutchman." Publication Date:1916