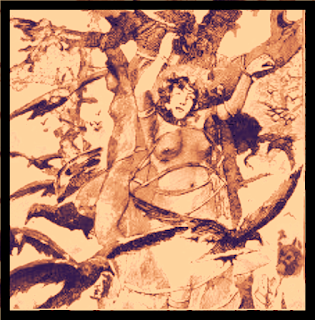 ENGLAND, during all the long years of her existence, has ever struggled in the interests of civilisation. We maintain this in the teeth of all her calumniators. Erred and strayed in her chivalric quest, sometimes, she may have, but if the Transvaal fight, the Ashanti rebellion, the Omdurman triumph, and the Chinese imbroglio do not tend towards breaking down cruelty and iniquity in the dark places of the earth, we throw up our thesis to the first schoolboy. Sorry, should we be to see "The Ethiopian" read and regarded as a novel?
It is far from that. These pages are not the empty vapourings of a hysterical person, but the carefully recorded observations of a Traveller, Anthropologist, Humanitarian in the highest sense, and a Thinker. Everything is based upon fact.
Unfortunately, to interest the people one is forced to throw into the form of romance that which, for our forefathers, would have been embodied in an Essay or Pamphlet. The groundwork of, "The Ethiopian" can be easily proved both from Official Records and the = testimony of accredited witnesses: moreover, some of the acts outlined in the book took place under the very eyes of the Author. Baden-Powell, the hero of Mafeking, will scarcely be doubted, and may, therefore, be subpoenaed as a credible witness.
The reader can refer to his work, "The Downfall of Prempeh," where the nameless things delineated by Mr Cameron Grant are struck at without reserve.* " The Ethiopian ** is a book unique in its way and one which ought to make us pause and think: for the problem of the black race, like that of the yellow, will have someday to be solved, and the sooner we make up our minds upon the subject the better for all concerned. \\
Of course, the author in a work meant for general consumption has to be guarded in his utterance, but those who read between the lines will have ample food for thought. I do not think anyone will deny the writer's keenness of observation and fearlessness of expression, or his power of vivid description. Nature he generally views as an artist, from the outside, and from the standpoint of appearance and action. Unlike the German professor, he is not given to "evolving an elephant from the depth of his inner consciousness.
Download PDF book 4.4 MB