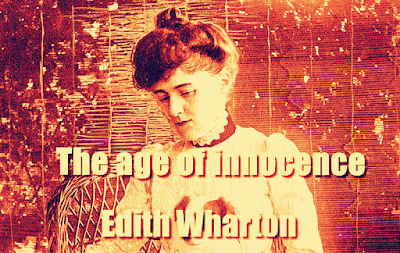 The Age of Innocence is a 1920 novel by American author Edith Wharton. It was her twelfth novel and was initially serialized in 1920 in four parts, in the magazine Pictorial Review. Later that year, it was released as a book by D. Appleton & Company. It won the 1921 Pulitzer Prize for Fiction, making Wharton the first woman to win the prize.
The Age of Innocence is a brutal and elegiac novel with an ending that hurts, but pleasantly so, like a pressed bruise. For all of its emotional heft, when it was first published The Age of Innocence was marketed as a nostalgic, escapist story.
Plot:
Newland Archer, gentleman lawyer and heir of one of New York City's most illustrious families, happily anticipates his highly desirable marriage to the sheltered and beautiful May Welland. Yet he finds reason to doubt his choice of bride after the appearance of Countess Ellen Olenska, May's exotic and beautiful cousin. Olenska strikes Archer as the opposite of the innocent and ignorant May Welland.
Download 16 MB PDF book