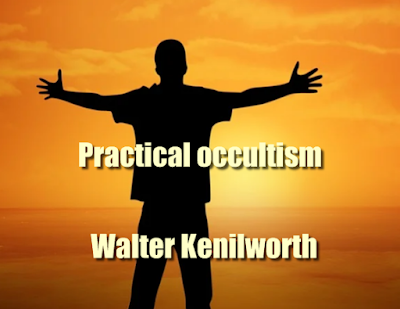 
The greatest occultist is the greatest child; the greatest occult vision, the vision of the spirit; the greatest occult deed and rarest, the unselfish deed. Thrice blessed by the Karmic Deities are such who, in unison with the True White Brotherhood, perform the simplest act of kindness, and employ the higher senses and the soul-faculties in a simple, humble spirit for the benefit of the fellowman.
The Samana Gotama, the Buddha, told his Arhats and chelas never to perplex themselves concerning four certain truths: one of these truths was relative to the psychological powers which evolve with soul development. Another great teacher, Bhagavan Sri Ramakrishna, instructed his disciples that psychological phenomena, in themselves, had a tendency to lead the seeker after Truth in vaingloriousness from the noble path leading to the goal. It is related that, on a certain occasion, when a disciple said: "Master, I have acquired the power to read the human heart," he replied: "Shame on thee, boy, for following such practices."
The learned Swamije Vivekananda, who so ably taught the philosophy of the Vedanta in this country and Europe, and was a disciple of Bhagavan Sri Ramakrishna, explained in a simple manner in his "Raja Yoga" those truths of psychology known to India for countless generations. His book was the result of the abnormal curiosity concerning the occult he found rampant in this land. Personally, he never countenanced its practices. His religious aim was higher.


Contents of the book

Interaction of Mind and Nerves 36

The Development of Hypnotism 107

The Drift of the New Psychology 120

Comments on the Philosophy of Good and Evil. 214

Philosophical Reflections on the Nature of Reality. 222

The Divinity of the Soul 265

The Higher Call and Response 287

Concerning the Eternal Omnipresent Self . . . 298