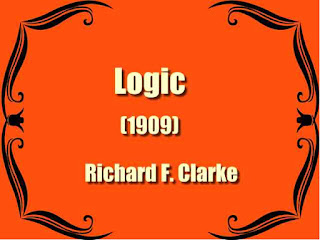 Excerpt from the introduction

When Scholastic Philosophy ceased to be the subject of systematic study in Protestant Univer- sitieSy and was regarded as possessing a historical rather than scientific interest, there was one branch of it that was treated with less dishonour than the rest. In Ethics and Metaphysics, in Psychology and Natural Theology, the principles handed down by a tradition unbroken for centuries came to be looked upon -as an antique curiosity or as merely illustrating the development of human progress and human thought. These sciences were either set aside as things of the past, consisting of fine-spun subtleties of no practical value or else they were reconstructed on an entirely new basis. But with Logic it was different. Its underlying principles and its received method were not so closely and obviously interlaced with the discarded systems of theology.


It admitted of bringing more easily brought into apparent harmony with the doctrines of the Reformation because it had not the same direct bearing on Catholic dogma. It was, moreover, far less formidable to the ordinary student. Those who had no stomach for the Science of Being were nevertheless quite able to acquire a certain moderate acquaintance with the Science and the Laws of Thought. Men chopped Logic harmlessly, and the Logic they chopped was the traditional Logic of the Schoolmen, with some slight modifications.


The textbook of Dean Aldrich, which has not yet disappeared from Oxford, is medieval in its phraseology and its method; medieval, too, in its principles, except where an occasional inconsistency has crept in unawares from the new learning. It still talks of " second intentions," and assumes the - existence of an Infima Species, and has throughout the wholesome flavour of the moderate realism of sound philosophy. The modern school of Logic departs from the ancient From the very first, as the reader will see as he studies the following pages. The very foundations are different. The Principle of Contradiction is in the Plamiltonian system subordinated to that of Identity, while Stuart Mill goes still further astray, and the Hegelians set it altogether aside. The account given by these various schools of the process of intellectual apprehension by which the idea or general notion is arrived at is one that leads to an utter scepticism.