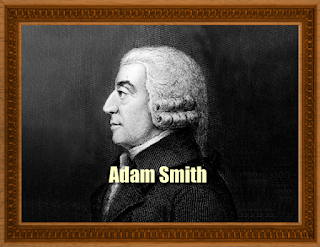 The fame of Adam Smith rests so deservedly on his great work, The Wealth of Nations, that the fact is apt to be lost sight off, that long before he distinguished himself as a political economist he had gained a reputation, not confined to his own country, by his speculations in moral philosophy. The Theory of Moral Sentiments was first published in 1759 when its author was thirty-six; the Wealth of Nationa in 1776, when he was fifty-three.
The success of the latter soon eclipsed that of his first work, but the wide celebrity which soon attended the former is attested by the fact of the sort of competition that ensued for translating it into French. Rochefoucauld, the grandson of the famous author of the Manims, got so far in a translation of it as the end of the First Part when a complete translation by the Abbe Blavet compelled him to renounce the continuance of his work. The Abbe Morellet — so conspicuous a figure in the French literature of that period — speaks of himself in his Memoirs as having been impressed by Adam Smith's Theory with a great idea of its author's wisdom and depth of thought.
The result of this Epicurean theory of life on Adam Smith was, fortunately for the world, a strong preference for the life of learning and literature over the professional or political life. He abjured from the first all anxiety for the prizes held out by the various professions to candidates for wealth or reputation. Though sent to Balliol at seventeen as a Snell exhibitioner, for the purpose of fitting himself for service in the Church of England, he preferred so much the peace of his own mind to the wishes of his friends and relations, that, when he left Oxford after a residence of seven years, he declined to enter into the ecclesiastical profession at all, and he returned to Scotland with the sole and simple hope of obtaining through literature some post of moderate preferment more suitable to his inclinations. Fortune seems to have favoured him in making such a course possible, for after leaving Oxford he spent two years at home with his mother atKirkaldy.
He had not encountered the difficulties which compelled Hume to practise frugality abroad, in order to preserve his independence. His father, who had died a few months before his birth, had been private secretary to the Principal Secretary of State for Scotland, and after that Comptroller of the Customs at Kirkcaldy. Adam Smith was, moreover, an only child, and if there was not wealth at home, there was the competence which was all he desired.
The book was published in
1881
Download PDF book 6  MB