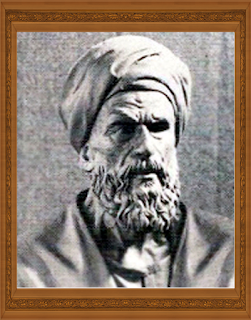 When all Europe was arming itself for the first crusade when the Northmen were ravaging the western world with their marauding expeditions, when the Califs were engaged in a bloody battle with their rebellious subjects, Abu'1-Ala was waging his silent and bloodless war on the follies and evils of his age. He attacked the superstitions and the false traditions of religions, and proclaimed the supremacy of the mind; he hurled his trenchant invectives at the tyranny and despotism of rulers, and asserted the supremacy of the human soul; he stood for perfect equality, and fought against the fallacies, the shams and the lies of the ruling class of his time, in its social, religious and political aspects.
This man lived in the latter part of the tenth and the first half of the eleventh centuries, and the European world of knowledge has succeeded in ignoring him for the nine centuries that v Preface followed. Nothing is so remarkable as the slight mention of him, even by Arabic writers and historians. Abu'l-Ala-Marri, the Lucretius of Al-Islam, the Diogenes of Arabia and the Voltaire of the East, first saw the light in the spring of the year 974 A. D., in the small and obscure village of Marrah, near Aleppo. His real name is Ahmed ibn Abdallah ibn Soleiman, etc., and his surname, Abu' 1- Ala, signifying "the father of the sublime, " is the fitting appellation which his contemporary admirers have spontaneously conferred upon him.
His real name is only known to biography and history, while throughout the Arabic-speaking world he is popularly known as Abu' 1- Ala. When a boy, his father taught him the first principles of grammar, and thus instilled in his mind a love for learning. Subsequently, he was sent to Aleppo, where, with a private tutor, he pursued his studies. His poetical tendencies were developed in his boyhood, and his first attempts were made when only eleven years of age.
These early compositions were not, however, preserved. When he fell a victim to smallpox and almost lost his sight by reason thereof, he had barely completed his fifth year. A weakness in his eyes continued thereafter to trouble him, and he became, in middle age, I presume, totally blind. Some of his biographers would have us believe that he was born blind; others say that he completely lost his sight when he was attacked by the virulent disease; and still, others intimate that he could see slightly at least with one eye. As to whether or not he was blind when he went to Aleppo to pursue his studies his biographers do not say. My theory, based on the careful perusal of his poems and on a statement advanced by one of his biographers is that he lost his sight gradually, and only became totally blind either in his youth or his, He was four years of age when attacked with smallpox. His right eyeball turned white and his left eye was entirely lost. Says Al-Hafez As-Salafi: 'Abu Mohammed Abdallah tells me that he visited him (Abu'1-Ala) once, with his uncle, and found him sitting on an old hair matting. He was very old, and the disease that attacked him in his boyhood had left its deep traces on his emaciated face. He asked me to come near him and blessed me as he placed his hand on my head. I was a boy then, and I can picture him before me now. I look into his eyes and remember well how the one was horribly protruding and the other completely buried in its socket and could not be seen.' " Ibn-Khollakan's "Lives of Eminent Men."
Abū al-ʿAlāʾ al-Maʿarrī was an Arab philosopher, poet, and writer. Despite holding a controversially irreligious worldview, he is regarded as one of the greatest classical Arabic poets
Download