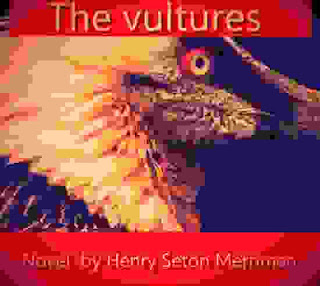 Plot:
History of a plot of Russian Nihilists and insurgent Poles at Warsaw.
The Vultures are secret agents of foreign governments, of whom three, the strong Englishman Cartoner, the witty and volatile Frenchman Deulin, and the humorous American Mangles, with his sister Joolz, the platform woman, are striking and amusing characters.
Opens with an account of Alexander II's assassination in 1881. [6s., Smith & Elder.]
Hugh Stowell Scott was a prominent English novelist who used the pseudonym Henry Seton Merriman. His most successful novel was The Sowers, which went through thirty UK editions.
Wikipedia
Download PDF book 12 MB.