The myth of the birth of the hero; a psychological interpretation of mythology PDF book 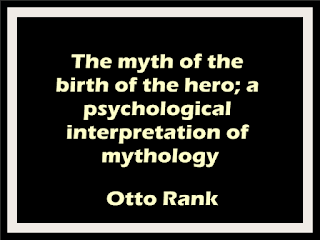 The myth of the birth of the hero

Excerpt:
The prominent civilized nations, such as the Babylonians, Egyptians, Hebrews, and Hindoos, the inhabitants of Iran and of Persia, the Greeks and the Romans as well as the Teutons and others, all began at an early stage to glorify their heroes, mythical princes and kings, founders of religions, dynasties, empires or cities, in brief, their national heroes, in a number of poetic tales and legends. The history of the birth and of the early life of these personalities came to be especially invested with fantastic features, which in different nations even though widely separated by space and entirely independent of each other present a baffling similarity, or in part a literal correspondence. Many investigators have long been impressed with this fact, and one of the chief problems of mythical research still consists in the elucidation of the reason for the extensive analogies in the fundamental out- lines of mythical tales, which are rendered still more enigmatical by the unanimity in certain details, and their reappearance in most of the mythical groupings
Contents :
Introduction I
Sargon 12
Moses 13
Kama 15
Oedipus 18
Paris 20
Telephos 21
Perseus 22
Gilgamesh 23
Kyros 24
Tristan 38
Romulus 40
Hercules 44.
Jesus 47
Siegfried 53
Lohengrin 55
Index 95
Download