The Anabasis of Alexander 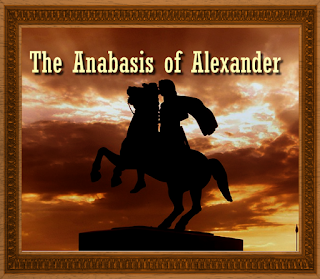 The history of the wars and conquests of Alexander the Great
Excerpt from the translator's preface
When I began this Translation more than two years ago, I had no intention of publishing it; but as the work progressed, it occurred to me that Arrian is an Author deserving of more attention from the English- speaking races than he has yet received.
No edition of his works has, so far as I am aware, ever appeared in England, though on the Continent many have been published. In the following Translation, I have tried to give as literal a rendering of the Greek text as I could without transgressing the idioms of our own language.
My theory of the duty of a Translator is, to give the Ipsissima verba of his Author as nearly as possible, and not put into his mouth words which he never used, under the mistaken notion of improving his diction or his way of stating his case. It is a comparatively easy thing to give a paraphrase of foreign work, presenting the general drift of the original; but no one, unless he has himself tried it, can understand the difficulty of translating a classical Author correctly without omission or mutilation. In the Commentary which I have compiled, continual reference has been made to the other extant authorities on the history of Alexander, such as Diodorus, Plutarch, Curtius, Justin, and Aelian; so that I think I may safely. assert that, taking the Translation and the Notes together, the book forms a complete history of Alexander's reign. Much geographical and other material has also been gathered from Herodotus, Strabo, Pliny, and Ammianus; and the allusions to the places which are also mentioned in the Old Testament are given from the Hebrew.
As Arrian lived in the second century of the present era, and nearly five hundred years after Demosthenes, it is not to be expected that he wrote classical Greek. There are, however, at least a dozen valuable Greek authors of this century whose works are still extant, and of these, it is a safe statement to make, that Arrian is the best of them all, with the single exception of Lucian. I have noticed as many of his deviations from Attic Greek constructions as I thought suitable to a work of this kind.
A complete index of Proper Names has been added, and the quantities of the vowels marked for the aid of the English Reader. In the multiplicity of references which I have put into the Notes, I should be sanguine if I imagined that no errors will be found; but if such occur, I must plead as an excuse the pressure of work which a teacher in large school experiences, leaving him very little energy for literary-labour.