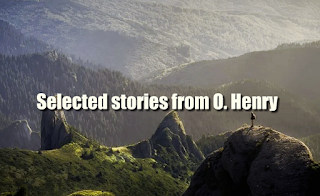 William Sydney Porter, better known by his pen name O. Henry, was an American short story writer
Contents :
Introduction -- The duplicity of Hargraves -- Roads of destiny -- A retrieved reformation -- The brief debut of Tildy -- A lickpenny lover -- The pendulum -- Transients in Arcadia -- The roads we take -- The furnished room -- Makes the whole world kin -- Squaring the circle -- The cop and the anthem -- The making of a New Yorker -- A cosmopolite in a cafe -- Mammon and the archer -- An unfinished story -- The last leaf -- The gift of the Magi -- The handbook of hymen -- The trimmed lamp -- The caballero's way - The world and the door -- The rose of Dixie -- A municipal report -- Let me feel your pulse
Excerpt from the editor:
A good
coign of vantage for the appraisal of O. Henry is found in the number and variety of authors with whom he has been compared. No other American writer of recent times has sent his critics on so many or so diverse quests for suggestive parallels or equally suggestive contrasts. He himself once wrote:^ "When we strove to set forth real life they reproached us for trying to imitate Henry George, George Washington, Washington Irving, and Irving Bacheller. We wrote of the West and the East, and they accused us of both Jesse and Henry James." He has not been, so far as my reading goes, "accused" of Henry James; but the vocabulary and plots of the two have been interestingly likened. "We realize," says a writer in The Unpopular Review,^ "that we are dealing with no uncouth ranchman who has literary aspirations, who writes in slang for want of legitimate vocabulary. We are in the hands of one who has read widely and well one who has a vocabulary, not including his slang, which may be called unique, which may be compared indeed with that of a Pater or a James.
Download 12 MB PDF book