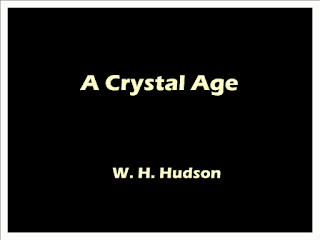 Plot:
The narrator, "The Smith", tells his story in the first person. A traveler and amateur naturalist, he regains consciousness "under a heap of earth and stones" and believes that he had been knocked unconscious in a fall – though his thoughts and recollections are confused. He is astounded to discover that he is entwined in the roots of plants, as though they have been growing around him. On his way, he encounters a funeral: a group of strangely yet strikingly dressed people, led by a majestic white-bearded old man, are interring a corpse in a grave.
Enthralled with the girl (her name is Yoletta), and anxious to show his worth in their House, the narrator agrees to work for a year as a probationer in this community.
He is constantly stumbling into misunderstandings with his new companions, for the world seems to have changed in so many extreme and incomprehensible ways. The most basic concepts of his society are unknown to these people. When he inquires about the nearest city, the old man who is "the Father of the House" thinks he is talking about a beehive.
Wikipedia
Download 11.6 MB PDF book