Curious myths of the middle ages 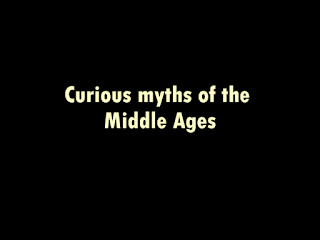 The seven sleepers were natives of Ephesus. Emperor Decius, who persecuted the Christians, having come to Ephesus, ordered the erection of temples in the city, that all might come and sacrifice before him, and he commanded that the Christians should be sought out and given their choice, either to worship the idols or to die. So great was the consternation in the city, that the friend denounced his friend, the father his son, and the son his father. ‘Now there were in Ephesus seven Christians, Maximian, Malchus, Marcian, Dionysius, John, Serapion, and Constantine by name.


These refused to sacrifice to the idols and remained in their houses praying and fasting. They were accused before Decius, and they confessed themselves to be Christians. However, the emperor gave them a little time to consider what line they would adopt. They took advantage of this reprieve to dispense their goods among the poor, and then they retired, all seven, to Mount Celion, where they determined to conceal themselves. One of their number, Malchus, in the disguise of a physician, went to the town to obtain victuals.


Decius, who had been absent from Ephesus for a little while, returned and gave orders for the seven to be sought. Malchus, having escaped from the town, fled, full of fear, to his comrades, and told them of the emperor’s fury. They were much alarmed; and Malchus handed them the loaves he had bought, bidding them eat, that, fortified by the food, they might have courage in the time of trial. They ate, and then, as they sat weeping and speaking to one another, by the will of God they fell asleep. The Pagans sought everywhere, but could not find them, and Decius was greatly irritated at their escape. He had their parents brought before him and threatened them with death if they did not reveal the place of concealment, but they could only answer that the seven young men had distributed their goods to the poor and that they were quite ignorant as to their whereabouts